Danni’s essay highlights the growth she has made as an individual and as a student throughout her educational career. You learn of the hard work and dedication she has put into becoming the person she is today and accomplishing so much so far. We are proud to assist Danni with her academic expenses as she continues her education at IIT Chicago Kent College of Law. 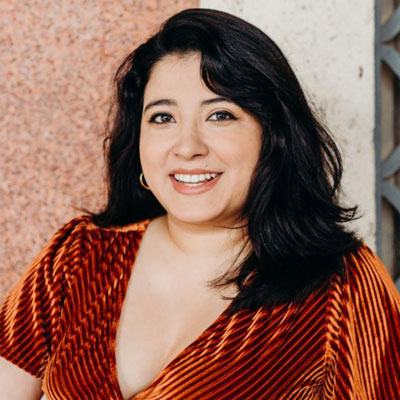 My memories of going to the courthouse for the parole hearings of the man who killed my father feel so far away from today. My dad sold drugs and was the victim of gang violence, murdered at just 21 years old. I was two. My dad was a bad man, but he was a good man too. He was complicated in the way that most people are. He told my mom that he wanted a home with white columns out front for me. He wanted me to be smart like her. He wanted us to get out of Robstown.

My mom graduated at the top of her high school class and was accepted to Rice University before realizing she would never be able to attend. As an undocumented immigrant, she would have to pay the international student tuition rate and had no way to take out student loans. As a degree was prohibitively expensive, she was recruited into the Army with the hope that her service could help her obtain citizenship and eventually pay for school. My mom always emphasized the importance of education, and her service in the military helped fund my undergraduate degree. She sees my successes as her own, and I understand why.

I left for college unsure of what I would pursue but knowing how important it was that I go. My advisor suggested a career in law, but I did not have any exposure to the field, much less know any attorneys. Consequently, I found work at a law firm downtown. Before entering law school, I worked as a paralegal for nearly six years in Austin, TX, where I attended the University of Texas at Austin. When I started undergrad, I really struggled. I was in an unfamiliar place, dealing with pretty poorly-managed depression. I’m a little embarrassed to admit that I was academically dismissed twice. I would trudge through, pulling things together as best I could, a day late and a dollar short, dreaming of the one day that I would turn it all around.

It's funny to me now how ridiculous the notion was that I would fix everything all at once. I am finally the person I always wanted to be, but it took so much time. I learned to work harder because I had to. I had to do twice the work just to fix the damage I’d done. I balanced professional and personal growth, working as a paralegal while preparing for the LSAT and self-funding online classes. Working in law offices, I found more than I ever could have imagined. I was promoted and supported and found a community of attorneys who pushed me forward, taking the time to teach me, value my hard work, and encourage my curiosity.

In the Spring of 2021, I was re-admitted to UT and graduated, having raised my GPA, as required, to a dismal 2.04. I’m a little embarrassed. But only a little, because mostly, I’m proud. I’m ending my first year of law school ranked 22/252 (Top 8.73%) in my class with a cumulative 1L GPA of 3.67. This spring, I was elected Vice President External of my school’s Hispanic Law Student Association by my peers. I “wrote on” to law review and was chosen to be my contract law professor’s teaching assistant in the fall. This summer, I served as a judicial extern in the U.S. District Court of the Northern District of Illinois.

I’ve grown and learned so much this year. I am humbled to make my mom proud and wish my dad could see me. I am a first-generation college graduate and will eventually be a first-generation attorney. The opportunity is not something I take lightly. I’m proud of all I’ve learned, the mentors and friends I’ve gained, and my resilience. I believe my resilience and willingness to push through challenges are my defining characteristics. I loved being a paralegal and love where I’m at today, but I can’t wait to be an attorney. With gratitude for my past and excitement for my future, I am privileged to continue to do the work.