Is Adultery Grounds for Divorce in Illinois? 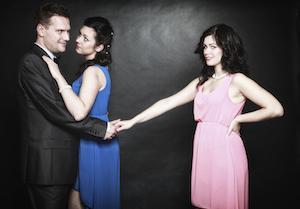 Being cheated on can be one of the most devastating experiences a person can have. The feeling of betrayal and subsequent mistrust can easily ruin a marriage. If you are considering ending your marriage due to infidelity, you probably have many questions. You may wonder, “Will my spouse’s affair affect our divorce?” or “Will I automatically get custody of the children if my spouse cheated?” There have been several changes to Illinois divorce law in the last few years which directly relates to questions such as these. Read on to learn how an affair can affect divorce proceedings in Illinois.

In TV shows and movies, we often see situations in which a cheating spouse loses everything because of their adulterous actions. We see those who have been cheated on boldly declaring that they will never let their spouse see the children again or that they will lose the house because of their affair. As with many legal concepts in television, this portrayal of what happens when a marriage ends due to infidelity is grossly inaccurate. The reality is that affairs generally do not have much relevance in divorce cases.

The nature of marriage and divorce has changed dramatically throughout the last hundred years. Nowadays, anyone can seek a divorce if they no longer wish to be married. You will not have to prove any certain destructive circumstances were present in order to be granted a divorce.

Illinois Is a No-Fault State

Since 2016, Illinois has been a “pure no-fault state.” This means that divorcing couples are not required to report the reason or “grounds” that they are pursuing the divorce. Before the 2016 change, things like adultery or mental cruelty could be declared as the formal reason that the marriage ended. Nowadays, anyone who divorces in Illinois does so on the grounds of “irreconcilable differences.”  Basically, a divorce is granted when two people cannot peacefully live together as a married couple anymore. The Illinois Marriage and Dissolution of Marriage Act (IMDA) states that a divorce decree will be issued when the court finds that “irreconcilable differences have caused the irretrievable breakdown of the marriage and the court determines that efforts at reconciliation have failed or that future attempts at reconciliation would be impracticable and not in the best interests of the family.”

The IMDMA also specifies that decisions regarding asset division and spousal maintenance must be made “without regard to marital misconduct.” This means that the court cannot punish your spouse for having an affair by giving you more money or are larger portion of the marital estate. Additionally, the court may only consider the adultery in regard to child custody (parental responsibilities) if your spouse’s affair is found to have a negative impact on the children. Obviously, if your spouse suddenly moved to a new state to be with someone else and has not made efforts to contact your children, the court’s decision will likely reflect that reality. If your spouse simply cheated on you, however, his or her parental rights will probably not be affected.

At Andrew Cores Family Law Group, our highly-skilled Wheaton divorce lawyers offer a wide range of legal avenues for couples going through a divorce. Contact us to discuss your options by calling 630-871-1002. Free consultations are available.