Terminating a Domestic Partnership in Illinois

Posted on Monday, 10 December 2018 in Same Sex Marriage in Illinois

Prior to the 2015 Supreme Court case Obergefell v. Hodges, which legalized same-sex marriage in the United States, many same-sex couples entered into a domestic partnership. However, this term has been sunsetted in Illinois, meaning the laws regarding these relationships have been terminated. Both same-sex couples and opposite-sex couples now have a choice between civil unions and marriage.

If you hold a Domestic Partnership Certificate, you do not automatically qualify for the rights that married spouses enjoy, such as benefits, survivorship, or ownership rights. Your domestic partnership is still a matter of public record, thus maintaining its validity; however, no future Domestic Partnership Certificates will be issued. The term “domestic partnership” now refers to an informal, long-term, committed relationship rather than a legally binding union.

Entering into a Civil Union or Marriage

Posted on Thursday, 04 August 2016 in Same Sex Marriage in Illinois

Now that same-sex marriage is the law of the land, many people have questions about how existing civil unions and domestic partnerships may be affected. If you are in a civil union and would like your union recognized as marriage, one of our experienced family law attorneys in DuPage County can help.

We can advise you as to how moving from a civil union to marriage under Illinois law may affect your tax liability, health insurance, immigration status, and other responsibilities, protections, and benefits. We can also help you determine whether keeping your domestic partnership as a civil union rather than a marriage will best suit your family&#039;s needs.

History of Same-Sex Marriage and Civil Unions in Illinois

Posted on Wednesday, 25 March 2015 in Same Sex Marriage in Illinois 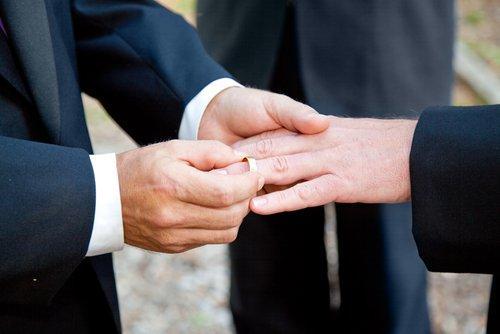 As of 2011, both same-sex and opposite-sex couples may enter civil unions. Civil unions are similar to marriages, but there are differences. Civil unions are granted by the county clerk's office. To legally enter a civil union, both partners must be 18 years old or older and they may not be blood relatives.

Before you enter a civil union with your partner, talk to an experienced family attorney about your rights and obligations following the union. These rights differ from those afforded to married couples. As of 2014, same sex couples have the right to marry in Illinois under the Illinois Religious Freedom Protection and Marriage Fairness Act. However, some couples continue to opt for a civil union instead.

Applying for a Civil Union

To apply for a civil union license, a couple must appear at the county clerk's office together and present valid identification, such as their driver's licenses or passports. They must then fill out and sign the civil union license application and pay the $60 license fee. The license is issued while the couple waits and remains valid for the next 60 days, during which time the couple can be joined in a ceremony anywhere in the county.

Posted on Thursday, 09 October 2014 in Same Sex Marriage in Illinois

The way this decision happened from a practical standpoint is affected by the process by which cases get to the Supreme Court. There are three levels of Federal courts, just like there are for courts in Illinois. The first level is the district court, where trials are held. Then, losing parties are automatically allowed to appeal to the second level, the circuit courts, which exists to watch over the district courts and correct mistakes. These courts are based geographically, which each court covering several states. For instance, Illinois sits in the Seventh Circuit, which covers Illinois, Wisconsin, and Indiana. Finally, there is the highest level, the Supreme Court. Unlike the circuit courts, to which parties automatically have access, the Supreme Court gets to choose which cases it takes. Parties file “petitions for certiorari” that ask the Court to review their case. Ordinarily, the Court chooses cases in which different circuit courts have ruled differently on the same issue, a condition known as a “circuit split.”