Adultery in an Illinois Divorce 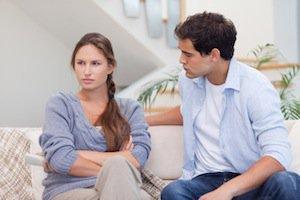 Adultery is an emotionally difficult issue that affects 16 percent of marriages, according to the Wall Street Journal. Illinois law recognizes the disruptive effect that infidelity can have on marriages, and allows people to cite adultery as grounds for a “fault” divorce. However, many people are unclear on exactly how to prove adultery, and what effect it will have on their case if they can prove it.

How to Prove It

Proving adultery in a divorce can be a difficult proposition at times, since it can be challenging to get concrete evidence. If you suspect that your spouse is cheating on you, bills can be some of the easiest places to look. Phone bills, especially for cell phones, can often reveal unusual calling patterns that could provide information about an affair. Credit card bills can also help you determine how and where your spouse spends their money, which could reveal a secret relationship.

Many people are also tempted to search through their spouse’s text messages or emails, looking for evidence of an affair. These sorts of searches are currently an uncertain area in the law. Courts in some jurisdictions have punished people for looking through their spouse’s private correspondence, so people should consult with an attorney to relay the specifics of their case before taking any such action. Oftentimes, a spouse who suspects an affair will want to hire a private investigator for proof. In Illinois, this usually does not make financial sense, since the consequences of proving adultery in a divorce are often small.

The common intuition about adultery in divorce is that the wronged spouse should get preferential treatment from the court. However, this is not the case. Illinois passed a law preventing courts from looking at fault when they divide up the marital assets, but the law did preserve two areas in which fault can make a difference. Courts may examine fault in issues of child custody. If the court has reason to believe that the parent’s relationship may harm the child, that could weigh against the court’s awarding them custody. Fault can also come into play in an issue known as “dissipation.” Dissipation happens when one spouse uses marital assets for a non-marital purpose, like a husband buying his mistress a diamond necklace. In these cases, the spouse who dissipated the assets may need to compensate the other spouse for the loss.

If you suspect your spouse of being unfaithful, or would like to file for divorce, contact a DuPage county divorce attorney. We can help explain what options you have, and guide you through the process of getting a divorce, including explaining any potential impact that adultery may have on the process. Our team works with families throughout the Chicago suburbs, including DuPage, Cook, and Kendall counties.