Answers to Common Questions about Divorce in Illinois

Posted on Thursday, 27 February 2014 in Divorce 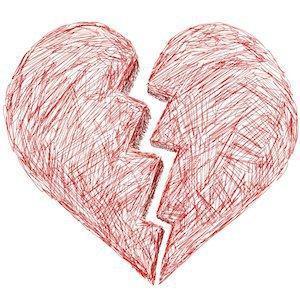 Divorce can be a complex process, and, now that it is becoming increasingly commonplace, rumors and misinformation can confuse people as they consider filing. Of course, every individual’s situation is unique, and many specific questions should be cleared up in consultation with a lawyer. But, some more general questions, such as “what gets divided in the divorce process?”, or “what are the differences between fault and no-fault divorce?”, have common answers.

What Gets Decided in the Divorce Process?

While each divorce can present a variety of issues, some decisions the court will eventually make probably include child custody, visitation rights, child support, spousal support (alimony), and property division. However, the court may not need to decide all of these issues, especially if the spouses can come to agreements out of court beforehand.

What Does “No-Fault” Divorce Mean?

As its name suggests, a “no-fault” divorce means that neither spouse was at fault for the failure of the marriage. This means that neither you nor your spouse will need to prove or admit any sort of marital misconduct. In order to file a no fault divorce the couple must meet four qualifications

Additionally, the two year requirement may not apply in all cases. If both spouses are willing to waive it in writing, then they may be able to get the waiting period reduced to six months.

What about Fault Divorces?

While Illinois does still have fault divorces, the law has eliminated many of the practical benefits of taking the fault option. Illinois still recognizes many different grounds for fault divorce including:

Although Illinois law still lists these as ground for fault divorce, the law also limits their impact on the process. The law prevents judges from considering fault for the purposes of property division and spousal support. However, depending on the type of fault at issue judges could consider them during the child custody process.

If you have more questions about the divorce process, contact an Illinois divorce lawyer today. Their knowledge and understanding of the system can clarify things during this uncertain time.