Posted on Thursday, 21 November 2013 in Divorce

Researchers can see a new trend in those filing for divorce. In the past twenty-five years, the divorce rate more than doubled for people ages 50 and up. According to a recent study, divorces among that age group accounted for less than 10 percent of all divorces in 1990. But by 2010, divorces between people over 50, or baby boomer divorces, made up 25 percent of all divorces, with that growth occurring even as the overall divorce rate fell. Additionally, in a recent survey of members of the American Association of Matrimonial Lawyers, 61 percent responded that they saw an increase in the number of older couples looking for a divorce. 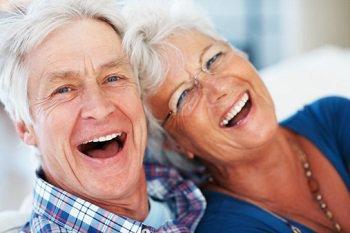 Scientists point to several reasons for the increased prevalence of this type of divorce. First, many adults in this age group have already experienced divorce once and moved on to a second marriage. This experience removes some of the mystery surrounding divorce, and makes them more comfortable with the idea of getting a divorce. Second, the rising amount of women in the workforce means that women can better support themselves outside of the marriage, so they no longer need to stay with their partner for financial security.  Third, as people live longer, marriages get more exposure to the risk of divorce. This last point represents a cultural shift in how people view marriage, placing more emphasis on individual fulfillment and satisfaction, which can be hard to sustain for long periods of time. Things to Consider Gray divorces often come with an added level of complexity, since the spouses may have more or different assets than younger couples. One of the biggest differences comes in the form of retirement assets like pensions or 401(k) plans. In many gray divorces at least one, if not both spouses, received these assets from past jobs, and may have more than one each in some cases. The courts must determine the marital portion and equitably divide the marital portion among the spouses, a process that gets further complicated by the tax provisions surrounding the retirement plans. Other unique situations also affect grey divorces. Social security, for instance, presents a more pressing concern for this class of divorce, and some spouses will qualify for spousal support under it based on the ex-spouse’s earnings. If you have found yourself in the middle of a divorce, or are considering seeking one yourself consult an Illinois family law attorney. Their expertise can help protect your interests in court.
PAY YOUR BILL