The Benefits of Prenups for Second Marriages

Posted on Thursday, 12 February 2015 in Divorce 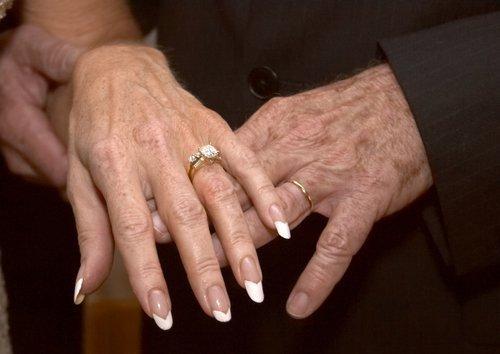 People often ignore the possible benefits of prenuptial agreements, thinking of them as documents that only the wealthy need. Even some people who do think they would benefit from a prenup avoid them because they are nervous about how their future spouse will react to the idea. While all couples should consider the potential upside of prenups, there is one group of couples who can find them particularly useful: couples entering into second or third marriages.

These couples often see specific benefits from prenups for a variety of reasons. First, the couple is likely to consist of people who are more well-established in life and who already have their own finances. Second, the couple's members may have children from prior marriages whose interests need protecting. Third, the notion of a prenup may be more palatable to people who already understand the realities of a divorce.

One of the biggest benefits that couples entering into later marriages can get out of a prenup is the ability to protect their established finances. Many younger couples do not have much in the way of property when they get married, so they may not think much about protecting it. However, couples entering into later marriages will likely have more secure finances, and may even have unique assets like businesses that they need to think about protecting. Illinois law allows couples to use premarital agreements to accomplish this sort of protection to everyone's benefit.

Keeping Things in the Family

Another benefit of prenuptial agreements comes into play when the couple is going to create a blended family. While the goal of that is naturally to make the family seamless, there may be some things, such as heirlooms, that the members of the couple want to keep out of the marital property pot. For instance, suppose a woman has a daughter from a first marriage, and there is a piece of family jewelry the mother would like the daughter to have. A prenup can ensure that the jewelry does not end up going to the second husband if a divorce occurs.

The final benefit of prenups for couples entering later marriages is that they are easier to talk about. Many people opt to forgo the benefits of these sorts of documents because they do not know how to broach the subject, or they are worried about looking like they are not fully committed to the relationship. That is less of a problem in these situations. Everyone involved understands that divorces can occur even when both spouses go into the marriage with the best of intentions, and that these agreements can make winding down a marriage much easier if it becomes necessary.

While no one wants to consider the possibility that their marriage will end in divorce, it makes sense to plan for the worst while working for the best. If you have questions about how a prenup can help you and your spouse, contact an experienced DuPage County family law attorney today.
PAY YOUR BILL