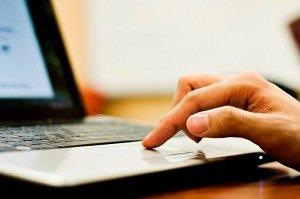 Illinois is in the middle of passing a new law that would criminalize a recent Internet trend. Senate Bill 2694 punishes people for “posting private material,” which in this case means the posting of sexually explicit photos or videos online without the person’s consent. The goal of this bill is to halt the use of “revenge porn,” a cyberbullying tactic where people post private pictures of their exes after a divorce or breakup as a means of getting revenge. If the bill passes into law, Illinois would join many other states, including California, Wisconsin, and Utah, in legislating against these sorts of invasions of privacy following the end of a relationship.

SB 2694 makes it a class four felony to post sexually explicit photographs, videos, or digital images of a person online without their consent. This means that such a posting could come with steep penalties of up to a $25,000 fine, along with a three-year prison sentence. However, those are the maximums allowed by law. The judge has the discretion to order lower sentences depending on the circumstances of the offense. The bill also creates a crime for the operators of websites that host these sorts of images. Specifically, it is now a crime to charge a fee for the removal of any offending picture.

The bill has already managed to pass the Illinois state senate, moving forward on a 52-0 vote in its favor. The bill was then sent to the state House of Representatives, who passed a similar bill. The two houses are currently working on reconciling the differences between them.

Certain groups, such as the Illinois chapter of the American Civil Liberties Union, oppose the bill on the grounds that it infringes upon people’s First Amendment rights to freedom of expression. They argue that the government’s forbidding people from posting certain images on the Internet improperly limits people’s ability to express themselves, which the government does not have the power to do. The bill’s sponsors argue that this is not the sort of speech that the First Amendment protects. That is because the First Amendment’s protection of speech is not absolute, as certain categories receive less protection and certain categories receive none at all. One of the latter categories is “obscene material.” The bill’s sponsors believe that revenge porn qualifies as obscene material and as such falls outside the bounds of the First Amendment’s protection, though as of yet no court has actually ruled on the issue.

If you are currently going through the end of a marriage and want to dissolve it through the proper legal channels, reach out to a DuPage County divorce attorney today. Our firm’s skilled professionals will make sure that you and your interests are fairly represented throughout the entire divorce process.
PAY YOUR BILL