Can You Blame Social Media for Your Divorce?

Posted on Thursday, 16 February 2017 in Divorce 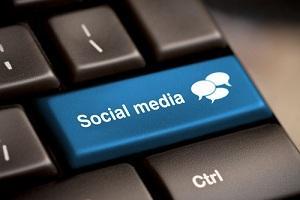 Thanks to social media and a host of smartphone apps, it is now possible to essentially track your every movement throughout the day. This can be a dangerous thing, especially if you are in the midst of a divorce. Information gleaned from a Twitter or Facebook account—or even location data from a partner&#039;s mobile device—can be used as evidence against you in court.

Many people enjoy a false sense of privacy when they use a social media account or app. They assume that just because they use a password to log in, that means their data is hidden from a spouse or any other party. That is not always the case. Virtually all software contains bugs that may be exploited, and, in some cases, a person&#039;s unfamiliarity with the software may lead to the accidental disclosure of potentially damaging information.

To what extent are the software providers themselves liable for failing to protect a user&#039;s identity? A European court may soon offer an answer. A French man recently sued Uber, the San Francisco-based developers of a popular ride-sharing app for smartphones, for causing his divorce. According to the French newspaper Le Figaro, the man alleges a “technical flaw” in Uber&#039;s iOS app allowed his wife to receive notifications of his trips and related details on her phone. He claims his wife used the Uber data leaks to track his movements, which ultimately led her to suspect infidelity and prompted the couple&#039;s eventual divorce.

The man apparently used his wife&#039;s phone to log into his own Uber account. When he logged out, he assumed she would not be able to see his data. According to his lawsuit, however, such was not the case. Le Figaro confirmed through its own testing that it was possible for one iPhone to “remotely” receive data from an Uber account accessed from another device without knowing the user&#039;s password. Uber has since corrected the flaw, which did not affect Android-based devices.

Of course, it should go without saying that if you are trying to sneak around without your spouse finding out, using her phone in the first place is probably a mistake. You never know what kind of digital “footprints” are left on your spouse&#039;s device or how that information could be used against you in a subsequent divorce case.

More importantly, you need to make sure your own electronic devices are secured from a spouse&#039;s potential snooping. Here are a few basic tips for practicing good “digital hygiene”:

If you have any questions regarding electronic devices, social media, and divorce and would like to speak with a qualified DuPage County family law attorney, contact one of our three convenient offices today to schedule a consultation.