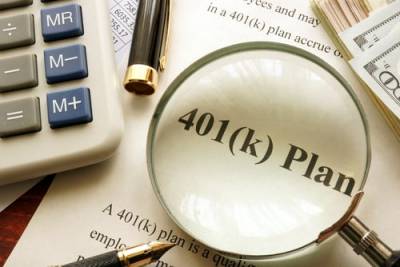 You put a lot of effort into earning your money and carefully planned for your future, including retirement. Unfortunately, a divorce can derail such goals. Knowing how your divorce may impact your retirement accounts is the first step in safeguarding them.

The experienced attorneys at Andrew Cores Family Law Group will assist you in getting your future back on track while safeguarding your retirement accounts and settling difficult issues with your spouse.

According to Illinois law, the percentage of your retirement and investment accounts that you accumulated during marriage may be split between spouses in a divorce, including:

How is Marital Debt Handled During a Divorce in Wheaton, IL? 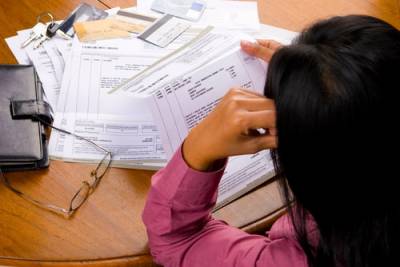 Money is frequently one of the top concerns for the majority of couples going through a divorce. After a marriage ends, bank account balances can have a great impact on an individual’s ability to maintain their financial situation after a divorce.

It can be challenging for each partner to revamp their finances to bounce back from and adapt to the lifestyle changes that divorce brings. Additionally, marital debt and asset disputes can make it even more difficult.

What is Considered Marital Debt in Illinois?

Debts and other ongoing commitments are included as financial considerations for partitioning marital property under the Illinois Marriage and Dissolution of Marriage Act. According to the law, "marital property" refers to any assets (or obligations) obtained by either spouse during the marriage. This implies that any joint loans, credit lines, or accounts created in the names of both spouses are marital property and would be shared equally by them both in the case of divorce. From credit card debts, mortgages, and auto loans to medical bills and unpaid taxes, these obligations can range widely. 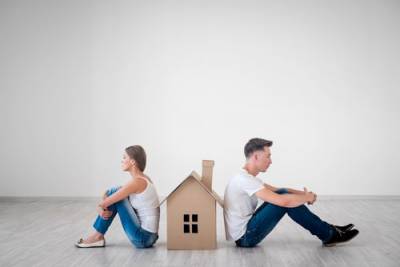 During the process of divorce, you are likely to experience many changes to your life. With all of the uncertainty that abounds, it is not uncommon for people in the midst of a divorce to try to maintain a level of security and stability by continuing to live in their marital home, even after their divorce is finalized. Staying in the family home, however, is not always quite so simple.

Crucial Considerations Regarding the Family Home

The family home is usually included in the division of marital property, so the question of which spouse, if either, will retain possession of the home will need to be legally resolved. If you are deciding whether you should pursue possession of the home, there are a number of important questions to consider, including: 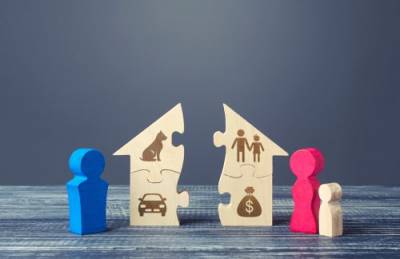 The distribution of assets is an important element in most Illinois divorce cases, and it can often lead to misunderstandings and arguments between the spouses. Items with sentimental value may cause even more disagreements than higher-value assets such as the marital home or vehicles, as both spouses might have an emotional attachment, making them less agreeable to parting with a particular piece of property. If you are interested in keeping a family heirloom, a specific work of art, or any other item with sentimental value, there are some ways you might be able to do so.

Is the Item a Marital Asset?

Whether or not a sentimental item is considered marital property depends on several factors. The two most important factors are when and how the item was acquired. Under Illinois law, an asset is generally considered marital property if it was acquired by either spouse during the marriage. If the item in question was yours before you got married, you typically have the right to keep it following your divorce.

It also matters how the item was acquired. Property acquired during the marriage can be considered non-marital if it was received as an inheritance specifically to one spouse. This means that if you inherited an heirloom from a family member, it is likely to be considered yours and not subject to being divided in the divorce process. The same is true of a gift if it is made to just one spouse.

The Basics of Equitable Distribution in Illinois 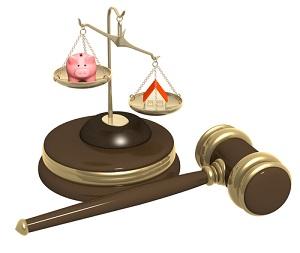 In the movies and on television, casual references to divorce and property division seem to promote the idea that divorcing spouses will automatically split their assets down the middle, with each person getting an equal share. While there may be some level of truth to that assumption in certain states, the reality in Illinois is often much more complex. Divorce and property division statutes in the state require the equitable distribution of marital assets, which means fair and just, not necessarily equal.

As with most aspects of divorce, there is no requirement that all decisions must be left up to the court. You and your spouse are able to work out a property division agreement that is reasonable and meets the needs of all involved parties. If the resulting agreement is not unconscionably one-sided and you and your spouse voluntarily agree to its terms, the court is very likely to approve it and incorporate it into your divorce settlement. Such an agreement, however, is not always possible; in which case, the court must intervene and make a determination.