Can I Change My Child's Name After a Divorce in Illinois? 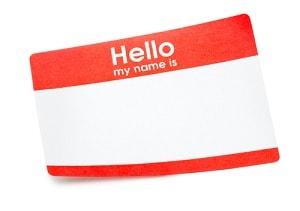 Many people choose to change their name following a divorce, either to go back to their premarital last name or to adopt the surname of a new spouse. Illinois divorce decrees typically contain language authorizing a spouse to resume use of a maiden name. But even if the spouse does not wish to immediately change their name following a divorce, they are typically free to do so later by petitioning an Illinois court.

If an ex-spouse also wishes to change the last names of their children, however, the law is a bit more complicated. A judge will only approve such a name change if it is in the child&#039;s “best interest.” Illinois law specifies a number of factors the court must consider in deciding a parent&#039;s application to change their child&#039;s name:

One thing to keep in mind is that a decision to allow a name change is not related to which parent should have physical custody. They are distinct legal issues that require a judge to make different determinations regarding the child&#039;s best interest.

Here is an example. In a recent case from DuPage County, a mother petitioned the court to “hyphenate her children&#039;s surnames,” i.e. adding her last name to that of the father. The mother and father have been married for five years and are in the midst of a divorce proceeding.

The parties reached a parenting agreement which granted the mother primary physical custody of the couple&#039;s three young children. The parents nevertheless agreed they should have “equal decision-making responsibilities” with respect to the children.

In her petition, the mother said she wanted her children to have a hyphenated last name to “avoid future confusion” when she enrolls the children in school and extracurricular activities. She further argued a hyphenated last name would help her children appreciate their cultural heritage (the father is of Italian descent, the mother Scot-Irish). The father opposed the mother&#039;s petition, noting that she had “already taken it upon herself to unilaterally hyphenate the children&#039;s surnames in public documents” without a court order.

The trial court sided with the father and rejected the mother&#039;s petition. The judge also issued an injunction to prevent the mother from unilaterally hyphenating the children&#039;s names. The Illinois Second District Appellate Court upheld these orders. The Second District noted that “the consistent use of a single name is important to [a] child&#039;s emotional development.” Accordingly, the burden was on the mother to prove a name change was in her children&#039;s best interest. She did not do so, according to the court. The court also pointed to the parenting agreement, which noted both parents share “equal responsibility” for decision-making, and that the mother&#039;s unilateral actions regarding the name change “misrepresents” the agreement and Illinois divorce law.

Get Help With Your Child Custody Matter

Disagreements over child custody arrangements are often among the most emotional aspects of a divorce case. A passionate DuPage County family law attorney can assist you in dealing with these issues and reaching a fair and equitable agreement with your estranged spouse or other co-parent. Contact our offices today if you would like to schedule a consultation with a qualified family law attorney.