Changes in Child Custody and Childcare in Illinois 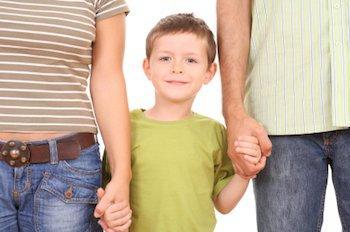 Single parents often face issues when attempting to manage their busy schedules while meeting the demands of childcare. Until recently, parents with custody of a child could arrange for childcare as they saw fit. But, Illinois law changed on January 1, 2014.

The state legislature modified part of the Illinois Marriage and Dissolution of Marriage Act to give the child's other parent a right of first refusal for childcare in some circumstances. This means that the one parent must check with the other to see if they would like to care for the child before securing other care. However, not every parent receives this right of first refusal. Instead, the law leaves it to the discretion of the courts.

The Right of First Refusal The legislature added the right of first refusal to the law in order to give courts the ability to allow parents to spend more time with their children. However, the courts must make the decision to award this right of first refusal “consistent with the best interest of the child.” Additionally, not all parents qualify for the right. Instead, the judge can only give a right of first refusal to a parent with joint custody of the child or with visitation rights. If the judge chooses to grant a right of first refusal, then control passes to the child's parents to determine its terms. The law suggests several provisions that the terms of the right should include, such as: But, if the parents cannot agree on how the right should work, or if they come up with a plan that the judge thinks does not benefit the child, then the judge may impose their own terms.  Types of Childcare that Trigger the Right Most types of childcare trigger the right of first refusal. It does not simply apply to hiring a sitter. Any “substitute childcare provider” falls under the ambit of the law. However, the law does carve out a small exception to the right in that the parent caring for the child does not have to offer the other parent the option of taking over if an emergency causes the parent to need childcare on short notice. If you are currently engaged in a custody dispute or divorce contact a DuPage County family law attorney. Their knowledge and experience can ensure that you and your interests are adequately represented in court.
PAY YOUR BILL