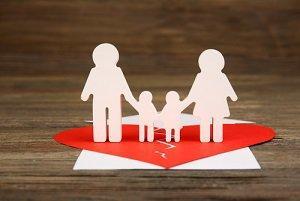 One of the major changes to the Illinois Marriage and Dissolution of Marriage Act that went into effect on January 1, 2016, addresses not only how the law refers to child custody and visitation, but also to how parental responsibilities are to be shared between the parents.

A Shift in Thinking

Under the previous law, parents may have had joint custody or one parent may have had sole custody with the other parent granted visitation rights. The parent with sole custody was responsible for making most or all of the major decisions regarding the child’s life unless the parents had agreed otherwise on some issues. With the new changes taking effect, a parent may be allocated decision-making power over one or more of four primary areas of responsibility. However, the court does not have to allocate both parents such authority. The judge’s allocation of decision-making responsibilities to a parent is still based on the familiar standard of the child’s best interest. A judge’s allocation of these responsibilities, however, only happens if the parents do not have an agreement in place as to how these decisions will be made.

The four main decision-making areas that may be allocated by a judge as per the new changes include:

If you are going through a divorce or want to work out a custody agreement with the other parent, you need an experienced family law attorney to guide you through the process and the new changes to Illinois law that may affect your case. Contact our skilled and passionate DuPage County family law attorneys at our office today for a consultation.