Child Support Depends on More Than Just a Parent's Income 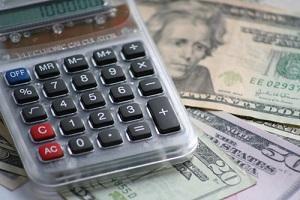 Child support in Illinois is one of those concepts that is both very simple and incredibly complicated. That applies to many areas of the law actually, but it is especially true here.

First, the simple part. Under Illinois law, as determined by the court, a supporting parent must pay a percentage of his or her net income to the other parent to assist in meeting the needs of the child. The parents need not have been married for one parent to be ordered to pay child support, though a court may require evidence of the father’s paternity.

What Are “Reasonable and Necessary Expenses” in Illinois?

That same section of the Illinois Marriage and Dissolution of Marriage Act also makes mention of support for “reasonable and necessary educational, physical, mental and emotional health needs of the child.”

These are broad terms that are defined more thoroughly later in the code to include things such as health care expenses, educational costs, and extracurricular needs. What this effectively means is that 20 percent of net income going toward child support is more of a floor than a ceiling. The payor must usually pay at least that amount toward support of a child, but that does not include expenses such as health care deductibles and the cost of after-school child care.

Such considerations are among the most expensive costs associated with children, so many paying parents attempt to argue that they should not have to pay for these things. This goes against the spirit of the law, however, as the intent of the child support law is to allow the child to have the same standard of living that he or she would have had with both parents rather than just one. In rare cases where one parent is extremely wealthy, that parent might even be ordered to pay a large amount of income to the other parent to keep up the child’s standard of living. However, the state will not require the receiving parent to show how child support is being spent unless there is serious concern that the money is not going toward the needs of the child.

Let Our Office Assist You

Getting the child support that a court has ordered your ex to pay can be difficult. Some people just cannot afford to comply with the order, while others will go out of their way to hide their assets to avoid their obligations. Either way, an experienced Illinois attorney can help you collect the money to assist you in taking care of your children. Contact our office today to speak with a compassionate DuPage County family law attorney about your situation.