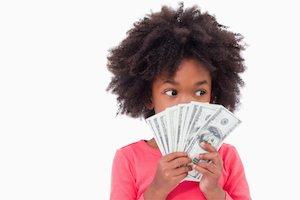 Far too often, parents who owe child support will do anything they can to avoid making payments for their children’s necessities. Frequently, this means multiple trips to court and tense hearings before a judge. In some cases, judges will hold parents who refuse to make child support payments in contempt of court and order them to spend time in jail. In the most extreme cases, parents will flee the country because they think it is might be a way to avoid meeting their child support obligations. Fleeing the country does not release you of a court order to pay child support, but it does make the process of collecting payments more difficult.

Enforcing the court order in another country then means contacting the Illinois Title IV-D Agency. This will begin the process of collecting child support from wages the parent earns in the other country. It can be a time consuming process, but may be ultimately successful if the other country has a reciprocal agreement to enforce child support orders with the United States

The bad news is that the U.S. currently only has reciprocal agreements in place with 15 other countries, including Canada, Australia, the United Kingdom and Israel. The only Central American country that currently has such an agreement in place with the U.S. is El Salvador, so unfortunately child support orders cannot be enforced in Mexico at this time. Similar to interstate agreements to enforce child support, if a parent flees to one of these countries, their wages can ultimately be garnished and sent back to Illinois to support their children through the Title IV-D agency.

Unfortunately, it is still very difficult, if not impossible to obtain unpaid child support if a parent flees to one of the many countries that do not have a reciprocal agreement with the U.S. Individual states are free to enter into these agreements with other countries on their own without the involvement of the federal governments, but this extremely rare.

Getting any sort of child support can be a long and drawn out process in many cases, but it can be particularly complicated if an ex attempts to go overseas to avoid their obligations. However, an attorney can help get you the money that your children deserve. Contact our compassionate DuPage County family law attorneys today for a consultation.