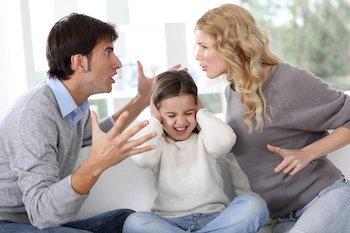 The American court system is set up to be adversarial in nature, which means that it pits the two parties in the courtroom against each other. Unfortunately, this is the same system that American courts use in divorce, which can lead to spouses getting involved in bitter fights as they try to assert their rights against each other. This setup often obscures the third party being affected by the divorce, the children. Children in a divorce have some rights too, though often limited ones, and it is important to understand these rights during the process. For instance, in some circumstances, Illinois law gives children the right to be represented by an attorney or a guardian ad litem, a lawyer who has their best interests in mind. Additionally, children have a right to be heard in child custody proceedings, although this right is often misunderstood.

Guardians ad litem, along with attorneys for the child and children's representatives, are lawyers who work to advocate for the best interests of the child. Each of these professionals has slightly different roles and powers. For instance, the guardian ad litem, which the court can appoint on its own or at the request of one of the parties, undertakes an investigation of the facts of the situation. They interview the children, the parents, and other important witnesses, and they gain a full understanding of the facts of the divorce. Then they prepare a written report for the court, making a variety of recommendations about child custody with the best interests of the child in mind. Children's representatives are similar except that rather than preparing a report, they undertake an investigation of the situation, and then make legal arguments to the court based on the evidence, acting more like the child's lawyer.

Another major right that children have is one that is more commonly discussed than guardians ad litem. Children of a certain age have the right to express a preference during a child custody decision that the court makes. Often, this right interacts with the guardian or other representative expressing the child's preference to the court. However, this right is commonly misunderstood or exaggerated. First, many people think that there is some specific age after which the child has a right to be heard. This is not the case. Once a child forms the ability to articulate a preference, they may be heard, but not all preferences are equal. This is because of the other common misunderstanding, the belief that the child's preference is binding. This is not the case. The court takes the child's preference into account, but it is just one of many factors that go into the decision, usually with an older child's preference carrying more weight.

If you would like to file for divorce and anticipate child custody issues, contact an experienced Wheaton family law attorney today. Our firm's skilled professionals are here to help answer your questions, and guide you through the complex legal process.
PAY YOUR BILL