Posted on Thursday, 04 June 2015 in Cohabitation 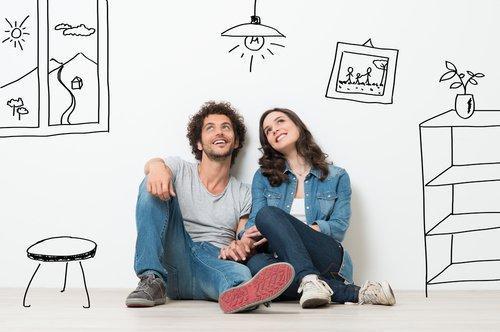 With the passage of the Religious Freedom Protection and Civil Union Act in 2011, Illinois moved away from having most of the benefits or rights of marriage available to only traditional married couples. Also known as the Civil Union Act, the short law confers “all the rights, interests, benefits, and burdens” available to married spouses to individuals in analogous circumstances. The statute, however, does this without mention of gender or marital status. What does this mean? Simply put, it puts civil unions on equal footing with marriage from a legal standpoint in the state of Illinois, regardless of gender. Such a law is critical to allowing for couples that may not fall under the traditional definition of marriage to receive equal treatment under the law.

But What about Cohabitation?

There is, however, the question regarding cohabitation. Cohabitating couples are those who are not in a civil union or marriage, but live together and are using an agreement to govern their relationship so that they may enjoy the same rights available to civil unions and marriages. Illinois is one of a few states that does not completely recognize cohabitation agreements. The courts have not revisited the issue since the passage of the Civil Union Act, but various rights granted under the Act to civil unions have been individually challenged in cohabitation agreements.

In cohabitation agreements, partners can select which rights they would like applied to their relationship, such as property allocation, but it also puts an individual at risk of losing certain marital rights after a divorce, the most common being maintenance rights. Illinois law allows for the entitlement of payments (permanent or temporary) to either spouse for a court-determined period of time during the divorce proceedings and afterwards. There are multiple factors that go into this determination of awarding maintenance payments, but the easiest example would be the employed divorcing spouse providing maintenance payments to the unemployed spouse. However, these payments may be terminated by the court for a variety of reasons, the most relevant to this discussion being cohabitation. If the party paying the maintenance can prove the other party is cohabiting with another individual, then the award may be terminated. There does not need to be evidence of a sexual relationship; instead, the focus is on multiple factors such as time living together, the creation of joint accounts, and whether the cohabitation impacts the receiving party’s need for continued financial support by the former spouse.

DuPage County Attorneys Can Help You

The complexities and confusion surrounding Illinois’ approach to cohabitation and cohabitation agreements is why it is important for you to consult an experienced family law attorney before entering into such an agreement. This is especially key if you have already gone through a divorce and are receiving payments from that previous relationship. Please contact the experienced DuPage County divorce lawyers at our firm today for an initial consultation on your case.
PAY YOUR BILL