How Common Are Divorces in Illinois and the United States? 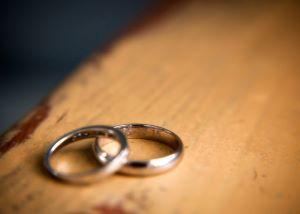 For many years, people have insisted that there has been a definite trend in which the number of divorces has increased every year. However, the truth contradicts this belief, and that truth is far more complex than most people would imagine. Divorce is often not an easy decision or an easy process, and it takes time and careful deliberation to come to an understanding and acceptance of it. Because of this, it is not something that people take lightly.

Dispelling the Myth That Half of All Marriages End in Divorce

Before getting married, people are often warned that “half of all marriages end in divorce,” and this supposed statistic may be used to suggest that a person should think long and hard before taking the plunge. However, the actual statistics show an entirely different story. These days, the national divorce rate is not 50%; it is actually closer to 39  %. Overall, divorce rates have been steadily declining since the 1980s, which is when they peaked. In addition, the state of Illinois itself has a much lower divorce rate than the national average.

Why Are Divorce Rates Lower Than Expected?

There are many factors that contribute to a lower divorce rate. The most prevalent cause of this is generational. Millennials and some members of Generation Z, people currently in their 20s and 30s, are really discerning when it comes to finding a lifetime partner. Since they are being particularly selective in their choices of a romantic partner, these marriages are often less likely to end in divorce. Their likelihood of finding a partner who they probably will not divorce could be a result of the following:

Interestingly enough, Baby Boomers and older people are getting divorced at a higher rate than other demographics, which could explain the divorce rate not being even lower than it already is.

While the divorce rates in the U.S. are lower than many would expect, so are the marriage rates. However, that is not altogether negative, since the stability of those who get married today in their 20s and 30s is much stronger than that of those who were married decades ago.

While divorce is less common today than most believe, there is still the possibility that you and your spouse will reach a point where ending your marriage is the best choice for your own well-being and that of your children. If you are considering dissolving your marriage, you should call a DuPage County divorce lawyer at 630-871-1002 for a free consultation. The talented professionals at Andrew Cores Family Law Group can provide the legal help you need as you work through the complexities of divorce and begin the next stage of your life.