Can I Count Cohabiting Years Towards My Divorce?

Posted on Tuesday, 17 January 2017 in Cohabitation 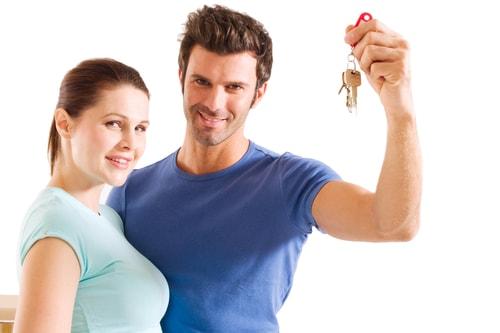 A common issue in high asset and complex divorces is one spouse&#039;s right to share in the business interests developed and owned by the other spouse. These issues may be complicated if the parties had a longstanding relationship that existed prior to marriage. Unfortunately for the less-wealthy spouse, Illinois courts generally do not take such nonmarital time into account when awarding property and spousal support in a divorce proceeding.

A recent Illinois appeals court decision illustrates the uphill climb many estranged spouses face. This case involves a husband and wife who were only married for seven months but had a prior 13-year relationship. The husband owned several fast-food franchises and acquired a number of other significant assets over the years, including “multiple homes and motor vehicles.” The wife, in contrast, had “modest” financial resources, according to court records.

The couple first started cohabiting irregularly around 2000, before getting legally married in 2012. They separated in 2013 and subsequently filed for divorce. Despite the short duration of the marriage, the wife argued in her divorce petition that she was nonetheless entitled to a share of the husband&#039;s assets dating back to the start of their relationship–which was before he acquired ownership of his restaurant franchises.

The trial court rejected the wife&#039;s arguments. On appeal, the Illinois First District Appellate Court agreed the wife was not entitled to any property acquired during the cohabiting-but-not-married portion of her relationship. The wife&#039;s argument relied on a 2014 decision by the First District, Blumenthal v. Brewer, which recognized the right of a person “in a same-sex relationship to bring common law claims” with respect to property acquired while cohabiting “during the period when Illinois treated same-sex relationships as illicit and did not recognize same-sex marriages.”

The Blumenthal decision does not apply to opposite-sex couples like the one in this case, the First District held. The husband and wife, in this case, chose to cohabit for several years, even though they “had the option to marry at any point during the 13 years that preceded their wedding.” Since Illinois does not recognize common-law marriages or their equivalent, the wife, therefore, cannot cite the length of her unmarried cohabitation as grounds for receiving a share of her husband&#039;s assets, which were acquired prior to the legal marriage. [The Illinois Supreme Court has since overturned the First District’s ruling in Blumenthal, giving even less merit to the wife’s claims.]

Get Help With a Complex Divorce

You should never assume the law will see things your way just because it seems fair or equitable to you. Divorce involves a number of complex laws and legal principles. Contact an experienced DuPage County high asset divorce lawyer to get the guidance you need throughout the process. Call 630-871-1002 for a free consultation at any of our three convenient office locations.