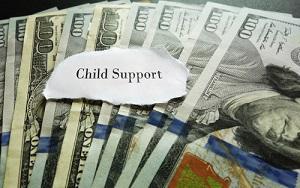 Illinois law generally requires supporting parents to pay at least 20 percent of their net income toward the support of their children, and that percentage only increases if more children are involved. But for various reasons, many parents think they can avoid this duty to care for their children. It is a problem that both the Illinois legislature and domestic relations courts takes seriously, and as a recent $2.3 million award makes clear, courts are not afraid to send a message to those in the state who try to avoid child support obligations.

To be sure, the facts in a recent  Cook County case, which was decided in April, are unusual. Despite what you may be thinking, the case does not involve a millionaire or lottery winner who skipped out a large number of child support payments.

In this case, the petitioner, a woman who had been married to the manager of a car dealership in Herscher, Illinois, was awarded child support in the divorce. The woman attempted to receive child support from the dealership by having her ex-husband’s income withheld, but the dealership did not comply. The business claimed that the wages were not withheld because of a clerical error, and because the man was an independent contractor rather than a full-time employee.

In 2010, the woman initially sought only $7,820, which covered the eight-month period during which the man worked for the dealership. The amount was not unusually high for child support in Illinois. The car dealership eventually paid this amount, but in cases where employers do not withhold income as directed, regardless of the business’s reasoning, Illinois law provides for another remedy. An employer who refuses to withhold wages for child support in Illinois can be fined $100 per day until it complies with the law. As this case dragged on for years prior to the employer's eventual, if reluctant, payment, the penalty ended up being quite a large amount, or $2.3 million specifically as the court determined.

The court ruled against the business on several grounds, finding that it had called witnesses who did not make credible statements and previously provided the woman with a check that bounced. The judge also did not accept the business’s legal arguments.

According to media reports, the business will almost certainly appeal this decision in the hopes that it can avoid paying out a child support award that is likely the largest in the state’s history. However, the business may have a difficult case on appeal. In 2007, the Illinois Supreme Court upheld a $1.2 million award in a similar case.

As this latest judgment shows, Illinois courts take refusal to pay child support seriously, whether it involves individuals or employers who refuse to make payments. Children are entitled to be taken care of by both parents regardless of whether or not they are still together. If you are having trouble collecting child support from your former spouse contact, reach out to our experienced DuPage County family law attorneys today for a consultation on your case.