When Will an Illinois Court Modify a Parenting Plan?

Posted on Tuesday, 21 February 2017 in Uncategorized 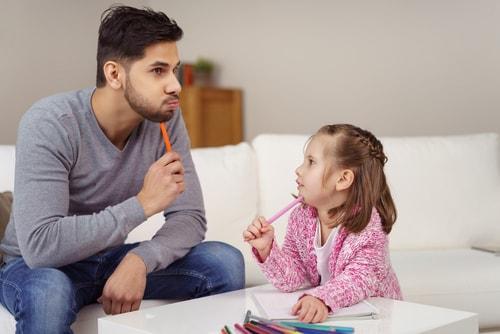 Determining parental responsibilities (previously referred to as child custody) is often the most contentious issue in an Illinois divorce. It is common practice for a court to award one parent primary residential responsibilities while requiring consultation with the other parent over major decisions affecting the child&#039;s living arrangements, health care, education, and other matters. In many cases, the court will also direct each parent not to disparage the other to the children or take any action designed to interfere with their respective parent-child relationships.

This is important because the court may reconsider and alter custody arrangements if one parent actively tries to undermine the other. In extreme cases, the court may transfer sole decision-making authority from one parent to the other. A recent case from Cook County illustrates the type of circumstances where this can happen.

The case in question involves a divorced couple with three minor children. The mother filed for divorce in 2008, and, in 2010, the court awarded her sole custody with scheduled parenting time for the father. The father also retained the right to attend certain educational and medical events involving the children.

About two years later, the father filed a petition to change the original order asking for sole custody on his part. He cited the “increasingly bizarre and erratic behavior” of his ex-wife and what he described as her “relentless campaign to alienate the children from him.” Notably, the mother “made multiple false allegations of abuse against him,” which led to law enforcement investigations that were ultimately closed as “unfounded.”

The father also presented evidence that all three children suffered from “emotional problems,” which led one child to be removed from school. The court ordered family therapy in which the mother refused to participate. A court-appointed psychiatrist later told the court that the mother “has not done a good job in regard to being the sole decision maker for the children” and noted her ongoing resistance to addressing the “mental health concerns of the children.”

The judge ultimately granted the father&#039;s petition for sole custody. The court found the father had proved “changed circumstances” warranting an alteration of child custody arrangements. The “strongest factor” according to the judge, was the mother&#039;s “failure, unwillingness or inability” to promote a good relationship between the children and their father. The mother appealed the judge&#039;s ruling, but the Illinois First District Appellate Court affirmed the decision to award the father sole custody.

Work Within the System, Not Against It

The key takeaway from this case is the importance of following court orders. You may be dissatisfied with a judge&#039;s ruling regarding your rights as a parent, but the answer is not to try to ignore or get around the decision. Doing so will only hurt your own credibility with the court and, as the case above illustrates, may lead to an even more unfavorable decision down the road.

The best way to address your concerns about parental responsibilities is to work with an experienced DuPage County family law attorney who can help you work within the system to achieve the best outcome for you and your children. Contact one of our three convenient offices today to schedule a consultation with a member of our team.