The Dangers of Violating a Visitation Plan 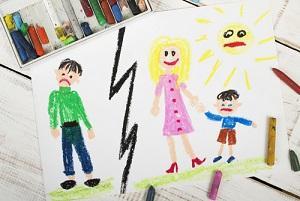 One of the more common disputes that arise during (and after) a divorce is visitation rights for the non-custodial parent. Ideally the parents establish a visitation plan and stick to it. But life does not always go according to plan, and when one parent feels they have been deprived of time with their child, it can lead to additional litigation even after the divorce is final.

In a recent case from Chicago, a judge went so far as to hold a mother in contempt of court after the father missed two scheduled visitation days with their son. An Illinois appeals court reversed the contempt finding but still ordered the mother to give the father “make-up” visitation days. It is worth noting this dispute arose more than a decade after the parents divorced and agreed to a visitation plan.

The judge, it turns out, ruled that the 12-year-old child was not allowed to “pick and choose when he wants to visit with either parent.” The court also observed that if the child was not well enough to spend the weekend with his father, he “should not have been playing in a baseball game the next day.” Ultimately, the judge said the mother “defeated and impaired the rights and interests of [the father] and has further impeded and obstructed the Court,” and held the mother in civil contempt.

The Illinois First District Appellate Court thought contempt was not an appropriate sanction for this situation, but agreed that the mother “willfully” violated the father&#039;s visitation rights. The appeals court, therefore, upheld the make-up visitation days.

For many people, going to court–indeed, to an appellate court–over a missed weekend might seem like an overreaction. But, this case illustrates just how serious courts take parenting and visitation rights. While Illinois law affords parents a good amount of latitude in amending a visitation schedule based on changes in circumstances, it is important for all parties to work together in good faith. Failure to do so could result in not only contentious litigation, but limitations to your own parental rights.

If you have any questions or concerns about your parental or visitation rights and need to speak with an experienced DuPage County family law attorney, contact our offices today. Call 630-871-1002 for a free consultation.