Debt, Divorce, and Remarriage: What You Should Know 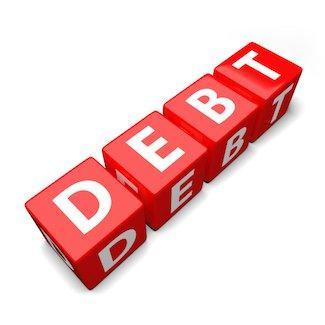 When considering a divorce, many people concern themselves with the division of their marital property. While this is an important thing to worry about, the courts will divide more than just the couple’s assets. The judge will also mete out the marital debts to each of the spouses. However, the law does not make spouses responsible for the entirety of each other’s debt. Instead, the Illinois Rights of Married Persons Act clarifies which debts qualify as marital and which debts fall solely to one spouse.

Which Debts Get Divided?

The court will divide up a couple’s marital debts, while leaving each spouse solely responsible for their non-marital debt. That still leaves the question of which debts fall into which category. Generally speaking, marital debts are debts that both spouses acquire jointly or debts one spouse acquires for the family. For example, many spouses have joint credit cards. Since both spouses put their name on the card, they both agreed to bear responsibility for the debt.

However even if only one spouse put their name on the card, the debt may still qualify as marital if it was acquired for the family. For example, if a parent used their card to pay for an educational expense for a child, then creditors could probably pursue both spouses for that debt. On the other hand, the court will leave some debts out of the division if they belong solely to one person. For instance, one spouse will not end up with the other’s student loans if those loans happened before the couple ever met.

People also often worry about the way their debts will affect a new spouse, especially in the case of remarriages, which often involve more complex finances. In these cases, similar rules apply. A new spouse would not end up liable for the other’s debts. However, there is one important difference. Married couples almost always end up with jointly held assets, which a creditor would be able to come after. Suppose one spouse had student loans and the couple put both of their names on their bank account, then the creditors could attempt to go after the account regardless of who had actually deposited the money or other similar concerns.

If you are considering filing for divorce and are concerned about your spouse’s debt load, contact an experienced Illinois divorce lawyer today. Their counsel can help you avoid paying of your spouse’s liabilities.