Defamation and Divorce: Can You Sue Your Ex for Damages? 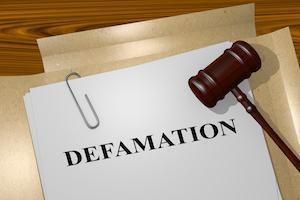 Stress and extreme emotions frequently coincide during the process of divorce. Occasionally, statements made during the “heat-of-the-moment” are later regretted. In many cases, these statements are emotionally painful but do little damage otherwise, so long as they remain private. However, if these statements do become public, they can destroy reputations and businesses alike. If your ex made false statements about you during your divorce, can you sue them for defamation of character?

Before determining if your ex is financially responsible for the harmful things they said during your divorce, it is essential to understand what constitutes defamation of character. Defamation is writing or saying something untrue and derogatory about someone else, with these statements resulting in substantial loss or injury. In a defamation lawsuit, you must satisfactorily prove your ex is guilty of all six of the following actions:

Although it is possible to sue your ex for defamation of character, the complexity of a divorce can make the matter more complicated. When the circumstances surrounding the accusations surface, a judge typically takes everything said during the case with a grain of salt. Judges understand that the breakup of a marriage is a difficult time during which emotions can run rampant, often resulting in regrettable and hurtful comments. However, these comments often do not rise to the level of defamation. Additionally, since judges and attorneys are closely involved in a divorce case, they do not qualify as an “uninvolved third party.”

However, you may have a strong defamation case if you can answer “yes” to the following questions:

Having a reputable Wheaton, IL divorce attorney on your side can help mitigate some of the emotional turmoil associated with divorce. You may be able to resolve your disputes through alternative methods that reduce overall tensions, typically resulting in a more amicable divorce while avoiding the need for litigation. At Andrew Cores Family Law Group, our attorneys will use our experience to advise you on an appropriate course of action to limit any adverse outcomes and aggressively defend your rights throughout the legal process. Call our office at 630-871-1002 to schedule your free initial consultation and find out more about how we can help.