The Difference between Annulment and Divorce 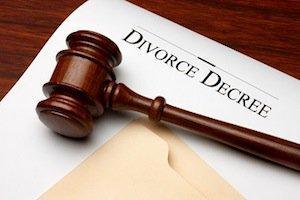 While the vast majority of marriages in Illinois end via a divorce, Part III of the Illinois Marriage and Dissolution of Marriage Act also makes another process available to spouses: annulment. Annulments, technically known as “declarations of invalidity of marriage,” differ from divorces in that a divorce is a formal dissolution of a marriage. An annulment states that, from a legal standpoint, the marriage never happened. Qualifying for an annulment can be more challenging than simply filing for divorce. However, it does create different legal consequences that may be beneficial.

Qualifying for an Annulment

Unlike divorce, which has low barriers to access, annulments are only available in a limited set of circumstances. Marriages are eligible for an annulment if:

Marriages can count as not legal for a variety of reasons, most commonly because one of the parties was already married, or if the parties were close relatives.

In addition to these qualifications, annulments also have a variety of time limits depending on which reason the spouse or couple used for the annulment. If there were issues of mental impairment or alcohol, then the annulment must be filed within 90 days of discovering the problem.

Annulments based on one spouse’s inability to consummate the marriage have a time limit of one year. Marriages with a party under the age of 18 qualify for annulments until the minor turns 18. The final category of invalid marriages, those that are not legal, do not have any time limit. They may be annulled at any point.

The Consequences of an Annulment

If a marriage qualifies for an annulment, there are two main practical reasons to opt for that process rather than a divorce.

First, because the marriage never happened, annulments might allow people to avoid court ordered spousal support payments in certain circumstances. However, if a person goes through a marriage ceremony and believes that they are legally married to someone, then they become a “putative spouse” by law.

This means that they will have all the rights of a legal spouse, such as the ability to collect support and claim marital property, so long as there is not another legal spouse whose rights would be impacted. Importantly, that same logic does not apply to any children from the marriage. They will still have the right to pursue support from their parents, regardless of whether the marriage ever legally existed.

Second, parents whose minor children have married without their consent may pursue an annulment on behalf of their children. This gives parents an option to help reign in an uncooperative child. Beyond these practical considerations, some people also value the fact that the marriage legally never happened, rather than the marriage simply being ended by divorce.

Whether you believe that your marriage qualifies for an annulment or you would like to file for divorce, contact a skilled DuPage County family law attorney for help. We can apprise you of all your options and help you pursue your best course of action.