Differences Between a Military Divorce and Civilian Divorce 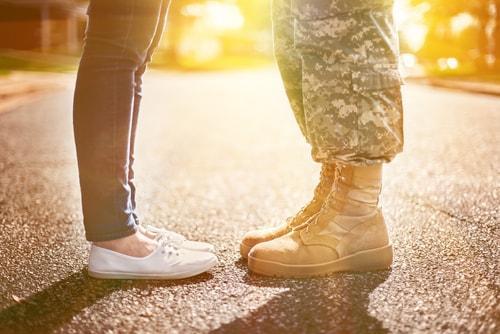 Many U.S. citizens choose military careers, to make a difference or to get out and see the world. However, this does affect some aspects of civilian life, including marriage and divorce—the latter in particular, especially when children and issues of parenting time are involved. Going through a divorce from a military servicemember, especially if they are on active duty at the time of proceedings, can be a complex process. It can be extremely advantageous to have knowledgeable legal representation on your side.

While most civilians can simply be brought to court anytime papers are served on them, military personnel are more likely to in different situations, especially if they are serving actively abroad. It is generally possible to serve military personnel with divorce papers or any other kind of legal document, but because they likely may not be able to present themselves physically within the relevant jurisdiction, they are afforded certain legal protections that must be honored. The Servicemembers’ Civil Relief Act (SCRA) permits that even with service being appropriate in all respects, a hearing on the matter may be suspended for up to the servicemember’s entire tour of duty plus 60 days.

The rationale behind this is not simply to make the civilian spouse wait. If the servicemember is abroad, they have no opportunity to appear in court, and without an appearance, they could potentially be subject to a default judgment if the SCRA did not exist. A default judgment would be fundamentally inequitable and against public policy, especially if there are children involved. The state has a vested interest in children having time with both parents unless one or both are proven to be unfit.

The other way in which military divorces will follow significantly different procedure than those between two civilians is in the matter of asset division, more specifically retirement pay and accounts. In a civilian marriage and divorce, retirement accounts are subject to Illinois’ equitable distribution. This used to not be the case regarding military retirement pay. It was not until 1982, when the Uniformed Services Former Spouses’ Protection Act (USFSPA) was enacted, that divorcing spouses were held to have any right to any of the servicemember’s retirement pay.

It is still important to keep in mind two things. First, your civilian retirement instruments, such as your 401(k), are still divisible under state law, and, second, military disability pay is not divisible at all. Sometimes a servicemember will take a portion of their retirement pay early, as a sort of temporary disability pay via the Veterans’ Administration (VA), or convert a portion into long-term disability payments, and federal courts have held that this money is not divisible under any circumstances. The rationale is that to make it divisible in divorce would essentially punish the servicemember for being disabled, either temporarily or permanently, which makes even less sense than it would in a less hazardous job.

If you are going through or about to go through a divorce from a military servicemember, enlisting a passionate DuPage County military divorce lawyer can make the process much smoother. Contact the Andrew Cores Family Law Group today to set up an initial appointment.