The Division of Retirement Funds, Pensions, and IRA Accounts After Divorce

Posted on Monday, 15 April 2019 in Uncategorized 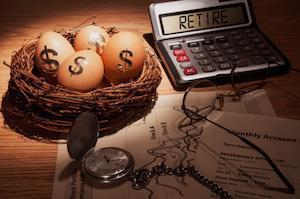 Marital property includes all assets obtained during a marriage, whereas non-marital property is everything owned before marriage. For middle-age to older adults, aside from real property, savings are the largest aspect of marital property. A survey by the American Academy of Matrimonial Lawyers found the division of retirement plans and pensions was the second-leading cause of contention in divorce.

Do Retirement Plans and Pensions Get Divided During Divorce?

Splitting a 401(k) account can be complicated, and technically comes after divorce. After the marriage has been dissolved, a qualified domestic relations order (QDRO) must be filed, which is not part of the divorce agreement. The QDRO must reflect what was outlined in the divorce agreement. Each retirement account needs its own QDRO, and each QDRO must be reviewed by an attorney.

Many employees used to benefit from pensions. Sixty percent of private sector employers had pension plans in the 1980s. Today, that number is just 4 percent. However, many public employees have pensions; the average pension for adults over 65 is just over $9,000 per year, with the average federal pension plan being $22,000 per year. Depending on the type of employment, pensions can be much higher than this, and many people rely almost solely on their pension after retirement. Pensions can be split down the middle, not divided at all in some cases, and divided in other ways as well during divorce.

Unlike 401(k)s, IRAs do not require a QDRO. Division of IRAs is decided in the divorce itself. In order to avoid a tax penalty for the spouse whose name is not on the IRA, a new IRA must be set up, or the proceeds of the other spouse’s IRA should be transferred to the other’s existing IRA.

The division of marital property is a complex issue, and all retirement and pension plans should be included and divided equitably. For help, call the skilled Wheaton, IL asset division attorneys of the Andrew Cores Family Law Group today at 630-871-1008 to schedule a free consultation.