How Has Divorce Changed Over the Years? 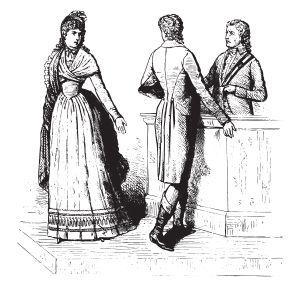 Much of the data today suggests that around 40% of all marriages end in divorce, as opposed to the popular belief over the last several decades that divorce is the end result of at least half of all marriages. Even though it may seem like a recent trend, the concept of divorce has actually been around in history for much longer than the last century, and it has always been at the forefront of many spouses’ minds. Here are some interesting facts about divorce and its evolution throughout history:

A Brief History of Divorce

Believe it or not, the idea of divorce may have been around for as long as the institution of marriage itself. For instance, King Henry VIII asked the Pope to let him divorce Catherine of Aragon. After the Pope refused, Henry VIII divorced her anyway, remarrying Anne Boleyn instead, and this would prove to be the catalyst for the Church of England separating from the Roman Catholic Church. Overall, people’s perceptions of divorce and the laws surrounding the dissolution of marriage have changed and evolved over the years in a variety of ways, including:

Now that you know how far the divorce laws have come, you can see how fortunate you are to live in this day and age. Something as beneficial as collaborative law and mediation for your divorce would probably not have been possible during times when spouses were exceedingly combative with each other and required creative interpretations of divorce laws. For legal help to ensure that your rights are protected during the end of your marriage, call a DuPage County family law attorney at 630-871-1002 to arrange a free consultation today.