Divorce Rates Rise Along with the Economy 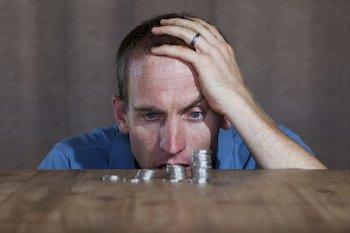 Every divorce is a unique and personal matter that hinges on many different factors. An event that leads to divorce for one couple may not disrupt the relationship between another. Each case is different. However, that is not to say that there are not trends.

For example, social scientists have long believed that the health of the economy can affect the divorce rate, but there has been some debate on exactly what effect it has. Some scientists argue that the additional stress of difficult financial times should cause an increase in divorces, but a new paper from the University of Maryland, College Park offers the opposite opinion. The paper’s author analyzed the historical divorce rate between 2008 and 2011, and came to the conclusion that a downturn in the economy can actually keep people’s marriages together.

The author sampled the divorce rate among 2.8 million women, and found that the divorce rate fell from 2.09 percent in 2008 to 1.95 percent in 2009, which was a year over year decrease of four percent. In absolute terms, this means that 150,000 fewer divorces happened in 2009 than one would expect based on 2008. Then in 2010 and 2011, as the economy began a slow recovery, the divorce rate rose with it, climbing back up to 1.98 percent. Additionally, history shows that this is not the first time such a trend has happened. Divorce rates showed a similar pattern throughout the 1930s as a result of the Great Depression.

What Causes This Change in Divorce Rate?

The paper’s author gives two possible explanations that may work together to lower the divorce rate during the recession. First, some couples may react positively to the financial strain. Their monetary problems may allow them to come together in a time of crisis, or it may provide perspective that will allow them to overcome their disagreements. Second, the paper’s author points out the costs associated with divorce. Spouses going through a divorce will have to deal with more expenses, such as extra housing or childcare. The economic downturn can make people feel these costs more keenly, and deter them from getting a divorce.

The author also points out that this could have effects going forward, since the second theory means that people will only delay their divorces, rather than permanently decide against them. As the economy improves, people will once again feel more comfortable getting a divorce, and the divorce rate will rise.

If you believe that now is the right time for a divorce, or if your spouse has recently filed for a divorce, get in touch with a DuPage county divorce lawyer today. We can help you understand your rights and choices, and make sure that you receive full and fair representation in court.