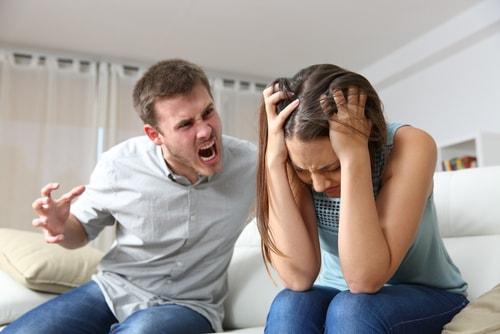 Sadly, many marriages are affecting by patterns domestic violence. While such abuse is most often characterized as perpetrated by a husband against his wife, it can come from either spouse, and it can be directed at anyone in the household. If you are in fear of an abusive or violent spouse and want a divorce, you do have some options and protection in Illinois. It may be imperative one day to know what you have at your disposal.

Have an Exit Plan

The main thing that every abused spouse needs to have when preparing to separate from or divorce a domestic abuser is a strategy for leaving if necessary. Plans for divorce must come after a successful exit and, likely, a restraining order. Statistics from the National Coalition Against Domestic Violence (NCADV) show that an abused spouse is at most risk in the two weeks immediately following their leaving the marital home. A prearranged exit plan that guarantees access to money and safe housing is absolutely critical lest you wind up back in your spouse’s hands.

A protective order may not stop an abuser, but it may provide another reason to charge them or incarcerate them.

Be Ready For a Fight

One area in which an abusive spouse will often fight tooth and nail over, especially if you are successful in filing for divorce and distancing yourself from them in the face of their threats and opposition, is child custody. They may even fight strongly to obtain parenting time even if they are not particularly interested, solely to make things more difficult for you. It is common for abusive spouses to attempt this kind of gaslighting tactic in order to intimidate or dishearten a spouse into returning to the abusive marriage.

However, in Illinois, this tactic generally fails, especially if you are able to prove past incidents of abuse. Illinois law holds explicitly that courts must consider past incidences of domestic violence—of any kind, directed at any family member—when determining the best interests of the child in respect to parenting time. Even minor incidences of abuse or problematic conduct can sway a court in some cases to award full custody of minor children to the non-abusive spouse.

Our Team Can Help

No one deserves to be the victim of abuse—especially by someone they care about. If you are experiencing abuse of any kind, our compassionate DuPage County divorce attorneys can help. Contact our office today to set up an initial consultation. We will fight for you.