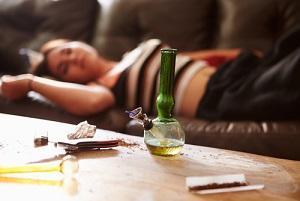 Illinois courts weigh a number of factors when allocating parental responsibilities—previously known as child custody—in divorce cases. The ultimate goal is promoting the best interests of the child. These factors include each parent&#039;s relative mental and physical health. For example, a judge may take into consideration a parent&#039;s alcohol or drug abuse when deciding who the child should live with.

If you have reason to suspect your ex-spouse or co-parent is unable to properly care for your child due to substance abuse, it is important to bring your concerns to the court&#039;s attention. You should not, however, make unfounded accusations without proof, nor should you assume that your personal experienced is a substitute for medical evidence.

A recent case illustrates this point. A divorced couple continued to fight over parental responsibility some years after their divorce. The father shared joint custody of his two sons with the mother, but after about four years, he asked the court to award him sole custody. The mother responded with a similar petition of her own.

Although the father presented no evidence beyond the secondhand account from the son, he cited his professional experience as an obstetrician/gynecologist. The father told the court he was “highly educated as to the risks and side effects” of the drugs his ex-wife was taking and that she was probably addicted to a particular antidepressant medication.

The Illinois Second District Appellate Court, upholding an earlier ruling by a trial judge, said the father&#039;s “conclusory” allegations did not justify changing the previously ordered parental responsibility arrangements. The appeals court noted the mother is not accused of taking any illegal drugs but that she uses prescription medication under the supervision of her doctors. While the father may be a doctor himself, the court reasoned, he is not his ex-wife&#039;s “treating physician,” and is therefore in no position to assess the effects of whatever drugs she may be taking.

The bigger problem with the father&#039;s case was that he did not present the court with any firsthand or “direct” knowledge of acts that endangered the children. It is important in any parental responsibility dispute to present the court with facts and not conjecture. Judges are generally skeptical of unsupported accusations made by parents who are fighting for custody of their children.

Developing or modifying parenting plans can be very difficult. A qualified DuPage County family law attorney can help you sort the issues and work toward a resolution that serves both you and your children. Contact one of our three convenient locations today to schedule a consultation.