Is Drug or Alcohol Use Considered in Determining Parental Responsibilities?

Posted on Tuesday, 30 April 2019 in Uncategorized

Child custody, or the allocation of parental responsibilities, as it is now known in Illinois courts, is a difficult subject in a high-conflict divorce. In these cases, the court must often step in and make a decision for the parents on behalf of the child’s best interests.

Spousal abuse, infidelity, and addiction are frequent catalysts for this type of conflict. 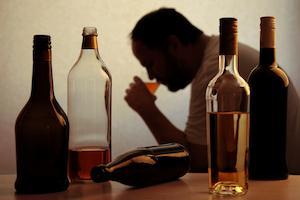 Substance abuse causes many divorces. In some cases, one parent may attempt to use the other’s drug or alcohol use against them to limit their chances of receiving custody or visitation.

A recent study found that when one spouse is a heavy drinker and the other is not, divorce is much more likely to occur. Couples who participated in the study had a divorce rate of 30 percent when both were not heavy drinkers or both were heavy drinkers. However, when only one was a heavy drinker — having six or more drinks at one time — the divorce rate increased to 50 percent. Alcoholics may also be more likely to engage in domestic abuse, as two-thirds of spousal abuse victims report that the perpetrator was drinking at the time of the attack.

Drug or Alcohol Use Alone is Not Grounds for Determining Custody

On the surface, it may appear drug or alcohol use could be a major warning sign for a judge not to give custody to that parent. However, in Illinois, drug or alcohol use is only considered a factor in child custody when it negatively impacts the child, as ruled in the custody case of Erick Lyn Gonzalez, in which the court determined that recreational drug use is only relevant when it impacts the physical or mental health of the parent or impacts the relationship with the child. As such, a parent cannot simply plead the court to have the other parent go through drug and alcohol tests unless there is a history of drug or alcohol abuse and reason to believe that the abuse is still going on and that it would impact the well-being of the child.

For the best possible child custody or visitation outcome in your divorce case, you need a skilled divorce lawyer who knows how to get results. Call the skilled Wheaton, IL family law attorneys at the Andrew Cores Family Law Group today at 630-871-1002 to schedule a free consultation.