The Effects of Marriage and Divorce on Your Waistline 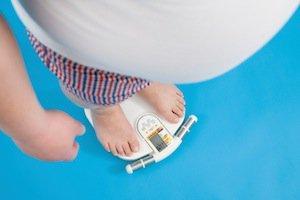 While there is a cultural idea that marriage tends to lead to weight gain and divorce to weight loss, based on whether someone is trying to attract a member of the opposite sex, the reality actually turns out to be somewhat more complicated. A study from the Sociology Department at the Ohio State University looked at BMI reports culled from the National Longitudinal Survey of Youth.

That survey involved a group of researchers asking a set of lifestyle questions of a group of people from ages 14 to 22. The researchers then repeated the same survey with the same group every year from 1979 to 1994, at which point the surveys switched to every other year. This type of longitudinal survey provides valuable data to researchers about the effects of various life events on people.

However, the researchers do point out that these effects of marriage and divorce appear to only occur to people later on in their lives. There were no significant weight differences based on marriage or divorce for people in their mid 20s. Yet, once people passed 30, the gender-based weight shocks became noticeable.

The study's authors stressed that the research could not provide reasons for this change, however they did offer some theories based on other research in the field. Other studies have shown that married women tend to take on a bigger role around the house than their husbands. This leaves them with less time than their unmarried counterparts, which makes taking the time to exercise and stay fit more difficult.

Conversely, sociology research has revealed that men tend to receive health benefits from a marriage that go away upon divorce. As for the weight shocks not appearing until after 30, the researchers believe that may be based on people's routines. By the time people turn 30, they tend to have set patterns in which they live. Marriage or divorce can disrupt these patterns, which may cause a weight shock if it leads to less exercise time or more unhealthy eating.

Whether you are thinking about filing for divorce and would like more information or you have already made your decision, reach out to a DuPage County family law attorney. Our skilled team can provide you with information and counseling on your various options so that you can take the best path for your situation.