The End of At-Fault Divorce in Illinois 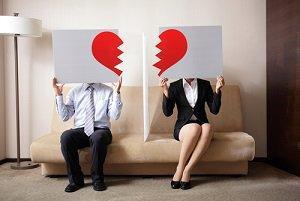 For the last three decades or so, a couple looking to end their marriage in Illinois have had the option to do so on the “no-fault” grounds of irreconcilable differences. This alternative to divorce on more “traditional” fault grounds has been long seen as a way of reducing contentious and complications in the divorce process. Of course, even no-fault divorces can have their challenges, but the simpler proceedings have led to the decline of divorce filings on grounds of fault. Now, recent law changes have officially put an end to at-fault divorce in the state, and updated other provisions to help facilitate more efficient dissolutions when appropriate.

Prior to 2016, when a spouse filed for divorce citing one of the many possible fault grounds—including adultery, mental or physical cruelty, abandonment, and habitual substance abuse—he or she would be required to provide evidence of the other spouse’s behavior. As you might expect, this could often be quite difficult, as spouses inclined to engage in such activities typically would go to great lengths to hide their actions. For example, despite have serious suspicions, actually proving an extramarital affair to the court could be nearly impossible.

Under the new law, with fault divorce no longer possible, all filings for divorce must be on the grounds of irreconcilable differences. To make the process easier, proving irreconcilable differences is only necessary when the parties cannot mutually agree to the dissolution. For those that do not agree, the court will accept a six-month period of living separate and apart—though not necessarily in different homes—as proof of the marital breakdown.

While a six-month separation may be presented as irrefutable proof of irreconcilable differences, the new law also eliminated the separation requirement that existed under the previous statute. Formerly, a couple seeking a no-fault divorce was required to wait through a separation of at least two years. By mutual agreement of the parties, the mandated separation could be reduced to six months, but, in the opinion of many, was still unnecessary. Going forward, there is no statutory requirement for any period of separation, as long as both parties can agree that the marriage is beyond repair.

Get the Help You Need

If you are considering a divorce, it is important to have an experienced DuPage County family law attorney at your side. Our compassionate team can assist you in understanding the new laws in Illinois, and will work with you in weighing your available options. Call 630-871-1002 to schedule your free initial consultation today.