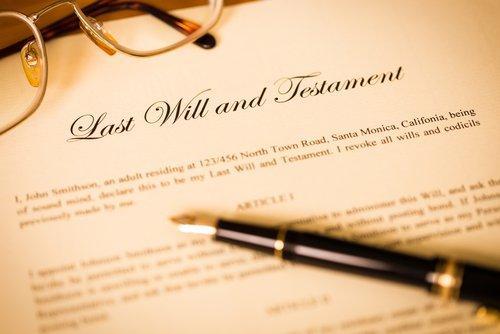 The purpose of divorce is to provide an orderly way for people who have legally intertwined their lives to begin unwinding them. The two major ways that law does this are through property division and child custody decisions. Yet, there are other parts of people's lives that are tied together during a marriage that also need to be dealt with. One of the biggest areas of law where that is true is in the estate planning context. A divorce can have major implications for things like wills, trusts, and insurance policies. Some of these instruments change automatically when a divorce occurs, while others require manual updating by the spouses. Re-examining estate planning after divorce is critical, yet one area that many people overlook.

There are a variety of documents that update automatically in the event that a couple divorces. One of the biggest is a person's will. Section 4-7(b) of the Illinois Probate Act deals with what happens to wills in the event of a divorce. It automatically invalidates any bequest to the ex-spouse in the will. However, it is important to realize that the law does not update the will with new presumptions that the property will go to someone else. Instead, the property that would have gone to the spouse passes to the people it would have if it were not included in the will at all. This makes it important to manually update a will following a divorce to ensure that the property that would have gone to the spouse is properly redirected. This is especially true in cases where the will provided some decision-making authority to the ex-spouse, which will now be left out entirely.

The law treats a variety of other legal instruments in a manner similar to wills. Many trusts related to spouses are invalidated upon divorce, as well as agency documents, such as powers of attorney. Once again, it can still be important to update these documents so that new people can fill the roles formerly filled by the spouse.

In addition to automatic revocation documents that still need to be manually updated, there are also certain documents that will not be updated when a divorce goes through. These are things like insurance plans where the ex-spouse is the beneficiary, or retirement accounts. Some of these will be allocated during the marital property division phase, but it is still important to update them properly. Failure to do so can leave family members fighting with ex-spouses over who the property actually belongs to.

While many people focus on major issues like property division in a divorce, there are also less well-known issues that can cause problems if not properly handled. If you have questions about how to ensure that these matters are accounted for, contact an experienced DuPage County divorce attorney
PAY YOUR BILL