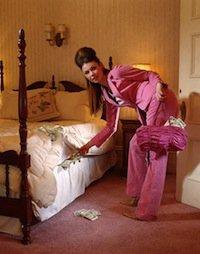 Many divorces occur amicably with the two parties reaching agreeable compromises on property division. However, some divorces are more acrimonious. One common way that confrontation can manifest is through spouses attempting to conceal marital assets to keep from having to divide them in the divorce. This happens despite the fact that many jurisdictions contain rules requiring the disclosure of assets.

People have developed a variety of strategies that they can use to hide their funds, ranging from simplistic and easy to detect to highly subtle or sophisticated. Broadly speaking, they fall into two categories: expense manipulation and income manipulation. Expense manipulation involves techniques that make it appear as though the person is spending more money than what is actually be spent. They can then secret the difference away without having to divide it in the divorce. Income manipulation, which will be covered in part two, involves the opposite: people deferring income until after the divorce to keep it out of the marital estate.

Unscrupulous spouses have many different types of expense manipulation techniques available to them. One of the simplest is to drain an account of some or all of its money and move it into another account in their name about which the other spouse does not know. This is one of the easiest techniques to spot. A review of bank statements for unusual expenditures can often reveal this ploy, and then it is just a matter of tracking down the new bank account to retrieve the assets.

A more advanced version of this tactic involves a spouse using a friend to open the other bank account and treating it as a loan to that person. Then, once the divorce is final, he or she can call in the loan and retrieve the cash. Once again, defeating this trick is just a matter of keeping a diligent eye on the bank statement for unusually large withdrawals.

Another strategy operates on a smaller scale, but is much more difficult to catch. Many retailers offer people the ability to get cash back with their purchases if they buy with a debit card. It acts like making a withdrawal from the account, but the bank statement shows it as a store purchase. Detecting this requires people to watch for unusually high spending amounts and then to keep an eye on receipts if something seems suspicious

Spouses who own businesses have access to other expense manipulation techniques. They can reduce their business’ income either buy purchasing real assets with the business’ money or doctoring up fake expenses. Capturing these techniques may require the use of a forensic accountant.

If you are thinking about filing for divorce and are concerned your spouse may be concealing valuables, talk to a DuPage County divorce lawyer today. Our experienced team can help you lay claim to all the assets you deserve.