An Explanation of the Father’s Rights Movement 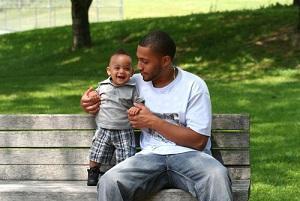 Until recent years, the rights of a father to their biological child largely depended on their marriage to the child’s mother. However, with nearly half of all marriages ending in divorce, much of our society is waiting until later in life to marry, or opting to avoid marriage altogether. The number of unwed mothers delivering children has risen from 4 percent in 1950 to nearly 40 percent each year since 2008, which has left many fathers without rights to their offspring. As non-marital children become a societal norm, more biological fathers are pushing for their natural rights, which has become known as the Father’s Rights Movement.

A Child’s Benefit to Having a Father in their Lives

There has never been a question regarding the bond between a mother and a child. Traditionally, mothers were arguably the most critical person in a child’s life. The mother was caring, supportive, and protective. However, fathers also play a pivotal role in their child’s life. They can also be caregivers, nurturers, and disciplinarians. Studies show children who grow up with a father figure:

The Belief of Father’s Rights

The Father’s Rights Movement began in the 1960s and continued to progress into what it is today. Most members are fathers who want an equal right to their children, either after a divorce or in an unwed situation. Many women also support the movement. Their primary focus has been to establish legal rights for fathers in regard to custody, support, and maintenance, and even domestic violence. While this civil rights movement has progressed slowly, it has paved the way for many Illinois fathers by pushing for the restructuring of many family laws. Fathers now have legal protection, with or without marriage, including in:

Mothers and fathers should have equal rights when it comes to parenting. If you are a father in Illinois and have been denied rights to your child, a Wheaton father’s rights attorney can help. To gain biological rights, you must first establish paternity, which can be complicated after the birth of the child. At Andrew Cores Family Law Group, we have successfully helped many fathers gain legal access to their children. Call us at 630-871-1002 to schedule your free, confidential consultation.