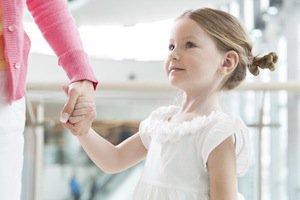 A past post on this blog highlighted the disparate impact that divorce has on girls because marriages with firstborn daughters tend to end more frequently than marriages with firstborn sons. That post highlighted a study that posed a variety of sociological explanations for that gender gap, such as fathers feeling more obliged to provide a male role model for sons or parents’ inaccurate perceptions that girls are more costly to raise increasing stress within the marriage.

Now, a new study has discovered a possible biological explanation for the gender imbalance in divorce. This explanation is known as the female survival advantage. The female survival advantage is a term for the generally-observed fact that women appear to be more physically resilient and more likely to survive than men. This trait carries over throughout all stages of life. In fact, men have documented higher mortality rates for all ages from zero to 100.

The idea of a female survival advantage prompted researchers to examine whether such an advantage extended further back in the life of a person. To that end, the study’s authors examined a variety of demographic data taken between 1979 and 2010. Using this data, they determined that pregnant women who were under high amounts of stress during their pregnancies were more likely to give birth to girls. In some cases, the odds of having a boy dropped by as much as 7 percent based purely on the stress that the members of the relationship were reporting.

The researchers who authored the study posited that this correlation may imply causation. Pregnancies that take place during stressful times in the mother’s life are not healthy for the children, and in some cases they can even lead to miscarriages. However, the study provides evidence that the female survival advantage may apply to embryos as well. This would make them more likely to survive a stressful pregnancy.

How this Impacts Divorce

The fact that girls are more likely to survive a stressful pregnancy may affect the current perceptions about female children “causing” divorce. If marriages that are already under stress are more likely to produce female children, then that could tilt the data about whether female children are actually overrepresented in divorced families, as well as about whether the female children are somehow responsible for that stress. The study’s authors were also quick to point out that this new research does not necessarily disprove any of the potential sociological motivations that might be responsible for the gender gap in children of divorce. Instead, this merely provides a clearer picture for sociologists to analyze to see if there actually is a gender gap.

Our Attorneys Can Help You through a Divorce

If you are considering filing for divorce, contact a DuPage County family law attorney today. Our team of knowledgeable professionals can help answer any questions you may have and guide you through the process.
PAY YOUR BILL