Uncovering Financial Infidelity in a Divorce 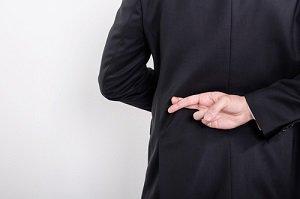 Divorcing couples typically have a lot of contention over money. In many cases, this is the one issue that prevents couples from reaching an amicable divorce settlement and keeps divorce cases in court for years. Usually, there is a great deal of money, property, businesses, or other assets at stake. All too often, the thought of having to cash in these assets to split in a divorce is enough to make one spouse commit financial infidelity.

Financial infidelity is defined as one partner’s secretive act of spending money, having separate credit cards or accounts, or incurring debt without the other partner knowing. In divorce proceedings, it is common to employ an accountant to uncover financial infidelity. On the surface, it may be hard to uncover such behavior, but taking a closer look at certain transactions can shed light on what has been happening behind the scenes. Here are several way in which a spouse can hide assets:

As if a divorce is not already complicated enough, uncovering assets that have been hidden creates an additional layer of challenges with which to contend. If you are considering a divorce and believe your spouse has been hiding assets, you need an experienced and knowledgeable attorney to help you navigate the divorce process. Contact our experienced DuPage County divorce attorneys for a consultation.