The First Amendment Right to Infidelity? 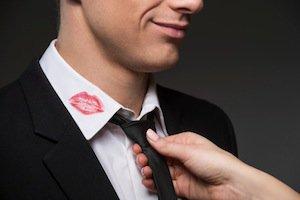 A handful of states, including Illinois, still recognize a pair of torts that allow spouses to sue their unfaithful partner's lovers in certain circumstances. These torts, alienation of affection and criminal conversation, were recently the subject of a judicial opinion in North Carolina, where the trial court judge ruled that they were unconstitutional under the First Amendment's protection of freedom of expression. While such a ruling would have no actual legal effect in Illinois, courts do often look to other jurisdictions for persuasive legal reasoning, and the opinion provides a modern view on some very old laws that still affect people today

Illinois still allows people to bring lawsuits for infidelity, but the circumstances need to be precise. The first cause of action that allows people to do this is a suit for alienation of affection. People would not bring this cause of action against their unfaithful spouse, but would instead sue the spouse's lover. In order to prevail, the spouse would need to show that the lover's actions were the sole cause of the divorce. It would not be enough that the unfaithful spouse's feelings slowly faded on their own. Instead, the lover must have “pirated” away the affection, a very high bar to meet.

The other related tort is criminal conversation, which counter-intuitively is still a civil matter. Unlike alienation of affection, which requires the end of a marriage, an action for criminal conversation just requires the plaintiff to prove that their spouse and the lover engaged in intercourse, and that the spouses were not permanently separated with the intent to divorce.

Importantly, the Illinois legislature reformed both of these torts in the 1940s to limit the amount of damages available to plaintiffs. Rather than allowing punitive damages or damages for emotional distress, the law limits plaintiffs to the quantifiable economic harms of losing a spouse.

A court in North Carolina, the nationwide leader in infidelity tort suits, recently reexamined these types of lawsuits in view of the First Amendment. The First Amendment protects freedom of speech and expression, but courts have long recognized that such protection is not absolute. Instead, courts examine the type of restriction on speech, the type of speech, and the level of state interest compelling the restriction. The court here held that these torts constituted the most severe type of restriction on speech: a restriction based on the speech's content.

The opinion stated that, because the torts restrict the couple's expressions of intimacy, it is presumptively invalid unless the state has a compelling interest in regulating the speech. The court found that no interest existed serious enough to justify restricting consensual sexual intercourse and what it expresses, so it held the torts unconstitutional. Whether that holding survives an appeal remains to be seen.

Whether you are considering filing for divorce or have already made your decision, reach out to an experienced DuPage County divorce attorney today. Our firm can help guide you through the process and answer your questions.