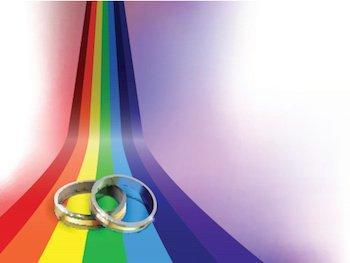 The law, though passed a few weeks ago, cannot take effect immediately in Illinois due to the state constitution. All legislation passed after May 31st in any year cannot take effect until after June 1st the following year without a three-fifths majority vote in each chamber (instead of the typical one-half).

However, in a unique twist, Illinois just had its first same-sex wedding.  On Thanksgiving Day, Patricia Steward and Vernita Gray, the latter being terminally ill with cancer, were given an expedited marriage license by a federal judge. The federal court decision is somewhat unique, in that it appears to contravene state requirements which would not allow these marriages to take effect for several months. There is technically not any exception in the state constitution even for tragic cases like this one affecting Steward and Gray.

This emergency effort will have very real consequences for the new couple. Marriage has important ramifications on many inheritance and estate planning matters. For example, if Gray passes away, Steward will now be able to avoid paying estate taxes as a result of unlimited tax-free transfers between spouses (the same does not apply to those in a civil union). Also, if the couple does not have a will, via intestacy rules in Illinois, a spouse is automatically entitled to either half of the estate (if there are children) or the entire estate (if there are no children). This is all in addition to social security benefits, insurance support, and other privileges to which only married couples are entitled.

Considering the critical nature of the right to marry, more developments may be in the works which could allow all committed same-sex couples in Illinois to marry before next June. That is because more legislation has already been introduced in the Illinois General Assembly which would have an immediate effective date. The idea is for both chambers to vote again on the same-sex marriage bill in late January. The three-fifths requirement in the Illinois Constitution would not apply at that time, meaning a simple majority vote would be sufficient.

The legalization of same-sex marriage in Illinois represents an exciting yet complex time in the history of family law in Illinois.  With same-sex marriage now legalized, courts will have to work through a number of new questions as divorces and other issues relating to family law arise.  If you have any questions about these issues in Wheaton, Naperville, Darien, and many other communities throughout Illinois, contact our family law attorney today.