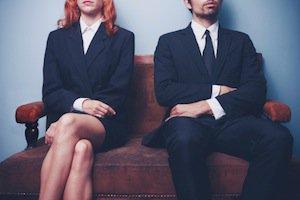 The idea of a lawsuit culminating in a trial is heavily ingrained is a common motif, especially in pop culture. If a television show or a movie involves a lawsuit, then the climax probably happens in a courtroom with a lawyer giving an impassioned speech to a judge or jury. However, in real life the trial is the exception.

According to a Northwestern law professor, only two percent of civil cases go to trial. Most cases end in a settlement between the two parties. This is because trials are not the ideal way to solve disputes. They are long, expensive processes, which is as true in the divorce context as it is in any other. Consequently, many parties attempt to engage in a four-way settlement conference to come to an agreement themselves rather than allowing courts to decide.

What is a Four-Way Conference?

A four-way settlement conference involves both spouses sitting down at a table with both of their attorneys in attempts to negotiate the issues of the divorce. Importantly, not all divorce proceedings will involve a four-way conference. Many divorces, by their nature, involve parties who do not have a civil relationship. In these cases, sitting the parties across the table from each other will be fruitless at best, and could result in a further souring of the relationship at worst.

However, divorcing spouses who have a good enough relationship to collaborate may be able to take advantage of a four-way conference to save themselves both hassle and cost.

If the attorneys do believe that a four-way settlement conference would be effective given the parties’ situation, there are steps the spouses can take to make the conference more productive.

One of the most important of these steps is thorough, honest preparation with the attorneys beforehand. The attorneys will be there to represent their clients’ interests and help them negotiate. They can do this better if they go in with an understanding of what their client wants, and what potential sticking points may arise. This preparation can also extend to dealings with the other side so that everyone understands the ground rules for the negotiations and the procedures that will be in place, such as agendas and meeting lengths.

In addition to preparation, the spouses should also seek to maintain a collaborative mindset throughout the process. This may be difficult since the negotiation will undoubtedly involve emotionally charged subjects, but it is the key to making progress rather than wasting time and money both in the negotiations and in the trial that will follow if the parties cannot settle.

Whether you are considering taking a more collaborative approach to your divorce or would prefer the traditional adversarial process, contact a DuPage County divorce attorney today. Our team of skilled lawyers can help you understand the benefits of the different strategies and give you the information you need to choose the best option for you.