Frozen Embryos during the Divorce 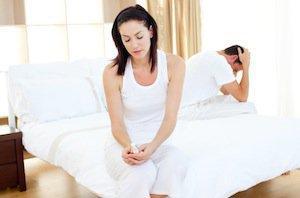 The law often cannot keep up with rapid changes in modern technology. This can lead to legal gray areas and open questions in the law. One recent example of this involves advances in reproductive technology. These advances have made the use of in vitro fertilization (IVF) more common. This type of treatment involves extracting sperm and egg cells from the couple and creating embryos from them in a lab. Doctors then implant some of these embryos in the woman, and the rest are often frozen in case the couple chooses to use them at a later date. These frozen embryos can present challenging questions in the context of divorce, a topic that Illinois courts have only recently begun to address, starting with the case of Szafranski v. Dunston. This case is an example of a significant divorce issue, which arises when the wife would like to keep the embryos for future implantation, while the husband would prefer to have them destroyed.

In order to decide the issue, courts will look to the forms that the spouses signed throughout the process. One of these forms is generally an agreement that the clinic will not release the eggs without the spouses’ consent. However, it is not clear that this would actually be a binding contract. Courts in many states refuse to enforce those contracts since they find them to be “against public policy.” This means that the court will not enforce the contract because it involves an area of life that courts do not want to regulate or that they think should be absent of private contracts. Other common examples of such unenforceable contracts include contracts between parents and children for love and affection or contracts to complete illegal acts.

However, the court in Illinois, along with courts in many other states, has held the contracts enforceable out of concern for the husband’s rights, which are twofold. First, some courts recognize that the decision to become a parent to a child is not one that should be entered into lightly. Holding these contracts unenforceable removes the husband’s ability to decide for himself whether to have another child. Second, the husband would likely owe obligations of support to the new child. This obligation would be difficult to remove because the right to parental support is the child’s right rather than the other spouse’s. That means that the two spouses may not agree to absolve the husband of any child support duties in exchange for ceding control of the embryos to the wife.

Though not all divorces involve this sort of issue, each divorce poses unique challenges. If you are considering filing for divorce, reach out to a skilled DuPage County divorce lawyer today. We can help analyze your situation and give you the tailored help you need.