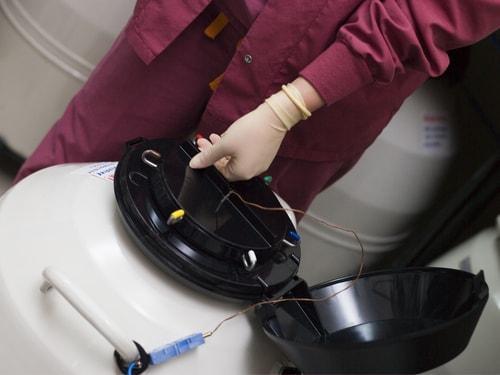 Over the past few years, there have been a number of cases in which a divorcing couple disputes the owner of embryos originally intended for in vitro fertilization. Throughout our society, fertility issues and timing are becoming much more common concerns than in past generations. Understandably, this is an extremely personal topic, but it must be addressed because failure to do so may lead to a host of negative consequences for both spouses and certainly for any child born as a result.

During an Illinois divorce, marital property is divided under the theory of equitable distribution, meaning that the marital estate is divided as equitably as possible—not necessarily equally. If, for example, one spouse has a significantly higher-paying job, they may receive fewer marital assets or lower spousal support in the divorce agreement, simply because they likely need it less. The concept of equity is interpreted to mean ensuring each spouse has the tools they need to maintain a comparable standard of living post-divorce.

The court generally has the final say on the disposition of most assets, though if the parties have executed a prenuptial agreement or another type of settlement that makes provision for certain specific items—family heirlooms or high-dollar items are the most commonly singled out—it will usually be honored. Also, marital misconduct may not be considered in a determination of asset division; since the abolition of grounds for divorce, fault-based considerations may only be debated in very rare circumstances.

While in most situations, this method of property distribution is acceptable and even intelligent, it can be argued that attempting to ‘equitably distribute’ such personal and unusual items as frozen embryos is impossible, as well as against public policy. To give one party the right to control the fate of the embryos could essentially force parenthood upon the unwilling or dash the hopes of one who hopes to have a family. Most couples, married or unmarried, execute some sort of agreement dictating the fate of the embryos, but when no such agreement exists, it is up to the court to decide. Sometimes, the court will hold that they should be destroyed so as to safeguard the parties’ right to privacy over their genetic material.

The controlling case in Illinois as of this writing is instructive. In Szafranski v. Dunston (2013), two people who had never married drew up (but never signed) a contract regarding their fertilized embryos. However, the relationship was abruptly terminated, and Mr. Szafranski then filed suit to enjoin Ms. Dunston from the use of the embryos. This being a case of first impression in Illinois, the court ultimately held that the intent of the couple ought to hold sway, regardless of whether the contract was signed or not. Several other states follow the same principle, but that does mean that a couple must be very careful and clear about their intentions going forward.

Ensuring Your Rights Are Protected

Because dealing with frozen embryos is such a delicate and personal matter, having a compassionate and knowledgeable attorney is critical. Our understanding and dedicated DuPage County property division attorneys can help you through this complex time. Contact us today to set up an initial appointment.