Posted on Friday, 01 December 2017 in Uncategorized 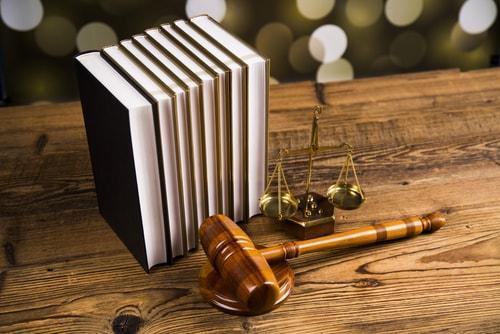 In U.S. constitutional law, there is a concept called “full faith and credit.” It comes from Article IV, Section 1 of the Constitution, and it basically establishes that decisions made in one state must be honored in other states unless doing so would be in direct conflict with to their own laws. While “full faith and credit” is not a concept from family law, the basic concept does still hold true in that generally, decisions and orders from one state must be followed in all the others. This also applies to many (though not all) directives from foreign countries. If you have had any reason to deal with an international divorce, adoption, or another cause of action, you may have a case to bring suit for the harm you suffered, for all the good it may do.

Some people mistakenly believe that it is not possible to divorce outside of the state you were married in, but this is not the case, at least according to Illinois law. It is possible to divorce anywhere, and most of the time, that divorce will be honored, though there is no specific law demanding that it be. There is nothing to lose and much to gain by honoring a divorce obtained in another country, though there are certain characteristics that may jeopardize that decision. For example, a divorce from a country such as Pakistan that does not recognize U.S. decrees of this nature may not be honored in the U.S. because of a lack of reciprocity. Another reason is if the divorce was obtained in a religious court or under religious law.

One important reason for an Illinois court to refuse to enforce a foreign decree is if doing so would give credence to someone taking advantage of foreign law. For example, in Nepal, India, and Bangladesh, marriage laws exist that may confer criminal charges on one spouse or the other, and it is not unheard of that expatriates from that country try to file their divorces there in order to see their spouse “properly punished.” If you believe a court has denied recognition of your divorce in error, there may be a way to appeal with sufficient evidence.

Adoption law is quite complex, but the most important thing to be aware of is that some countries’ definition of adoption is closer to what the U.S. considers a guardianship, and as such, an adoption decree from some countries (usually those not party to the Hague Convention) may not be recognized as such in the United States. This can cause immense problems, especially when trying to bring the child from their country into the U.S., because immigration papers may not be in order.

Because of this peculiarity, Illinois law allows for a “readoption” procedure, which is essentially a second adoption for the express purpose of confirming the first. If a child is coming from a Hague country, it may not be necessary, but it is generally recommended to go through with the formalities anyway, so that no doubt remains about the child’s status.

There are other areas of law in which a foreign decree might be granted to you, but these two are the most common, and the most likely sources of trouble. Our passionate DuPage County family lawyers are happy to sit down with you and try to answer your questions. Call us today at 630-871-1002 to set up an appointment.