Grounds for Divorce in Illinois 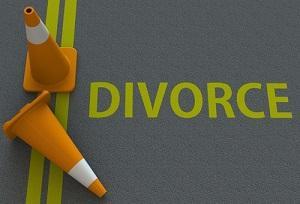 Illinois is now considered a no-fault divorce state because it only allows parties to file for divorce by citing so-called irreconcilable differences. In other words, the marriage simply did not work out, but that is not the fault of any one specific action of either party.

If you are considering divorce, a family law attorney in DuPage County can help you determine whether you and your spouse have experienced irreconcilable differences.

No-fault and At-Fault Grounds for Divorce

Unlike some other no-fault states, Illinois used to allow several at-fault grounds, or reasons, for a divorce. The court typically did not consider the fault or grounds alleged when deciding the substantive issues - like child custody, division of the assets, child support or spousal support - related to the divorce though. Instead, the court looked at the grounds when considering whether the person filing for divorce is permitted to do so and whether any waiting period requirements have been met.

In January 2016, however, a new law was enacted that eliminated all fault grounds for divorce.

Under the old law in Illinois governing when filing for divorce was allowed, the timelines used to differ depending on which grounds for the divorce was cited.

In the past when the parties cited irreconcilable differences in Illinois, they were typically required to have lived "separate and apart" for two years or more, or six months if both parties agree and are willing to waive the two year waiting period.

Now, the waiting period has been eliminated entirely, though a voluntary six-month separation can establish for the court that the couple has experienced irreconcilable differences if one spouse contests the divorce.

Your Illinois divorce attorney can advise as to whether a separation period is the best choice for you, given your circumstances, and how that may affect decisions about who maintains the primary residence, and whether to attempt reconciliation.

If you were not aware of the new changes to the law this year, you may have heard of the several causes for divorce that the court accepted prior to January 2016, including:

When considering filing for divorce, a skilled DuPage County family law attorney at our firm can analyze your situation and discuss which irreconcilable differences may be appropriate to cite, and how that may potentially impact your divorce proceedings. Reach out to us today for help.