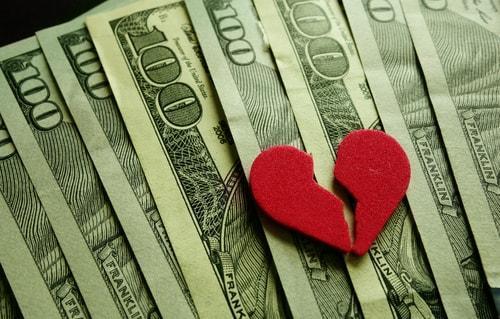 In Illinois, laws once existed which allow legal action to be brought against someone who had an affair with a married person. Under the last iteration of such laws, Illinois recognized two torts known as “alienation of affection” and “criminal conversation,” informally called “heart balm torts.” These torts allowed spouses to bring civil claims for adultery against a third party.

The term “alienation of affection” was used to describe an instance when a third person disrupts a married couple’s relationship by having an inappropriate relationship with one of the spouses. The term “criminal conversation” was used to refer to adultery and sexual relations. Many people consider such laws to now be obsolete and even offensive. Illinois was one of the last states to abolish the antiquated statutes in 2016, but pending cases were not affected by this. One high-profile alienation of affection lawsuit which was litigated for years has just recently settled.

In what may be one of the last lawsuits of its kind in Illinois, a woman sued her husband’s lover for damages caused by their affair. The couple, both attorneys, married in 1997 and created a family together. Disaster struck when the husband began an alleged affair with another attorney at his law firm who was also married. Their secret relationship was discovered after the plaintiff paid a private investigator to follow her husband and his married lover.

The wife sued her husband’s lover for damages of more than $400,000. Recovery is limited to actual damages in alienation of affection and criminal conversation cases. This means that a slighted spouse cannot sue for compensation for emotional distress, but instead only measurable losses. In this case, the woman was able to sue for losing the ability to use their summer rental home, which her husband stayed in after the couple separated. The plaintiff also sought $30,000 for expenses related to drafting a postnuptial agreement, a document which became necessary after the husband’s affair was discovered. The parties settled on an unrevealed amount.

Cases like this will soon be a thing of the past. However, there are still some ways which a spouse can recover funds which their unfaithful partner spent during an affair. By law, spouses are not allowed to frivolously spend money while their marriage is ending. This is called “dissipation,” and it occurs when a spouse uses marital property for his or her sole benefit and for a purpose unrelated to the marriage. This petty spending must happen during a time that the marriage is undergoing an “irretrievable breakdown” which means that the couple no longer wishes to live together or attempt to salvage their marriage.

If you believe your spouse has spent marital funds irresponsibly during the end of your marriage, a DuPage County family law attorney can help. To arrange a free consultation, contact Andrew Cores Family Law Group, by calling 630-871-1002 today.