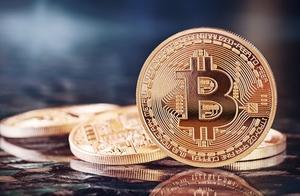 A common concern in divorce cases is that one spouse may be hiding assets from the other. In the past, hiding assets might have involved stashing cash in a safety deposit box the other spouse does not know about or transferring an investment account into the name of another family member. In the digital age, however, there is another method an unscrupulous spouse might employ—using marital assets to purchase Bitcoins.

You may have heard of Bitcoin and similar digital currencies without understanding exactly how they work. Essentially, Bitcoin is an independent financial network that allows individuals to send electronic payments to one another. These payments are expressed in units of “Bitcoins,” which are not physical currency but rather the product of a complex encryption algorithm. This is why Bitcoin is often called a “cryptocurrency.”

Bitcoin may attract a spouse looking to hide assets because there is no central bank or regulatory authority overseeing the exchange of funds. Each individual Bitcoin user stores their units in a unique identifying address that is similar to an email account but commonly called a “wallet.” There is no way to access the Bitcoins except through the wallet.

In theory, a spouse can hide Bitcoin assets by keeping his or her wallet on a computer or smartphone that the other spouse cannot access, including a device physically located outside of the United States. Additionally, a person can purchase Bitcoin in cash from an existing user without leaving any paper trail. Unless the other spouse can somehow identify which wallet belongs to their partner, it may be impossible to trace these hidden assets.

Contrary to popular belief, however, Bitcoin is not 100 percent anonymous. Bitcoin and other digital currencies depend on a technology known as the blockchain, which refers to a common ledger shared among all users. In other words, every Bitcoin user has a copy of every Bitcoin transaction. So, if you are able to identify which wallet belongs to your spouse, you will be able to see every transaction he or she has made with other Bitcoin wallets.

Hiding Assets From Your Spouse Is Risky and Illegal

Hiding assets through Bitcoin is financially dangerous. Bitcoin is an unregulated and still-developing technology. Its value can fluctuate wildly with demand, making it less safe than most other investments. In the wake of Bitcoin&#039;s popularity, a number of unstable and outright fraudulent cryptocurrencies have managed to dupe investors looking to make a quick buck.

Risks aside, hiding assets through Bitcoin or any other method is also illegal. Spouses have a legal obligation to disclose all of their assets in a divorce proceeding. If they attempt to hide or conceal assets, the court may take appropriate action to ensure the other spouse receives an equitable share.

If you have any reason to believe your spouse is hiding assets from you, you need to speak with a qualified DuPage County family law attorney right away. Do not dismiss your concerns as unfounded. Schedule a consultation today by contacting one of our three convenient office locations.