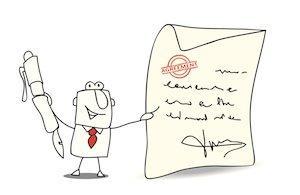 A new bill currently making its way through the Illinois legislature could have a big impact on how judges assign visitation rights. The bill, HB 5425, recently made its way out of committee and is now headed to the floor of the Illinois House of Representatives for debate. At present the bill’s chances of passing are still unclear. Its sponsor has agreed to refrain from calling for a vote in light of a family law overhaul bill that has been waiting for a vote since 2012, but that may change if the omnibus bill stalls for much longer.

If HB 5425 does make it into law, it could have a profound effect on the way judges handle visitation for non-custodial parents. The first portion of the bill gives parents a 90-day window to produce their own, mutually-agreeable parenting plan. If the parents cannot agree, then the bill gives the court the power to make visitation decisions.

The legislators developed the bill with the view that it was important to foster strong relationships between parents and children. To that end, it creates presumption that children are best served by spending equal time with both of their parents. Because it is just a presumption, the parents are both allowed to introduce evidence to try to show that equal time is not in the best interests of the child’s “physical, mental, moral, and emotional health.” If one of the parents can prove that by “clear and convincing evidence,” then the court is allowed to place restrictions on the parenting time. However, the bill appears to place a mandatory floor of no less than 35 percent of parenting time to the non-custodial parent.

Opposition to the Bill

The bill has also generated opposition from some parts of the state government. People are concerned about both the presumption that equal time is best for the child and the 35 percent floor for non-custodial parenting time. They feel that a child custody decision is a fact-intensive inquiry that benefits from strong scrutiny on a case-by-case basis, and that a formulaic set of rules is not the best way to make those decisions.

Proponents of the bill, including some therapists, respond to that criticism by pointing out that the adversarial process that makes up the current court system is not the best way of deciding child custody issues, and that the conflict can cause children emotional distress. They believe that if this bill becomes law, it can reduce that problem by streamlining the divorce process and making it more collaborative rather than confrontational.

With law surrounding divorce and child custody constantly changing, it is important to find an experienced DuPage County divorce lawyer to help you receive the most up to date consultation on your family law issues.