How Can I Recover Unpaid Child Support in Illinois? 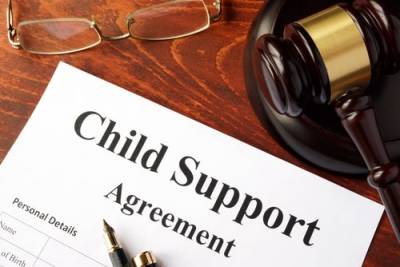 Once an Illinois divorce decree is final, child support payments become a legally binding obligation. In addition to the devastating consequences a lack of timely payments can have on a family’s financial needs, there are serious legal consequences for failing to pay child support. Spouses cannot simply agree to re-negotiate child support themselves; any modifications to child support must be made by a court order.

The paying parent may fall behind on child support payments because of a change in their financial situation, or because they simply stop paying. Regardless of the reason, recovering unpaid child support can be a frustrating and time-consuming endeavor. Fortunately, there is legal recourse available for parents who need to recover past child support payments.

The State of Illinois takes the welfare of children very seriously. There is a specific law, called the Non-Support Punishment Act, that lists several behaviors for which a non-paying parent may face criminal charges. According to this law, a person can be held accountable for failure to support if he or she has the ability to provide the support and does one of the following:

The court makes the assumption, based on the divorce decree, that the paying parent has the ability to pay the court-ordered child support unless proven otherwise. A paying parent who is convicted of violating the Non-Support Punishment Act can be charged with misdemeanors, felonies, fines, and even prison time.

How Can I Get the Money I Am Owed?

You can attempt to enforce child support payments by filing a case with the Illinois Division of Child Support Services. IDCSS will take legal action and request prosecution if child support has not been paid for more than six months or amounts to more than $5,000.

However, IDCSS is often overloaded with cases and can be very slow. If you choose to work with an attorney, your case may move faster. Your attorney can work with IDCSS and make requests from the judge regarding sentencing and payment to resolve the debt. A judge may require the paying parent to enter into a payment plan, face wage garnishment, or take out a loan, using his or her assets as collateral.

If your ex-partner is not meeting their court-mandated child support payments, you have options. Working with a skilled and compassionate DuPage County divorce order enforcement attorney can help you recover the money you are owed as soon as possible. The lawyers at Andrew Cores Family Law Group have extensive experience dealing with child support matters. Call us today for a free consultation at 630-871-1002.